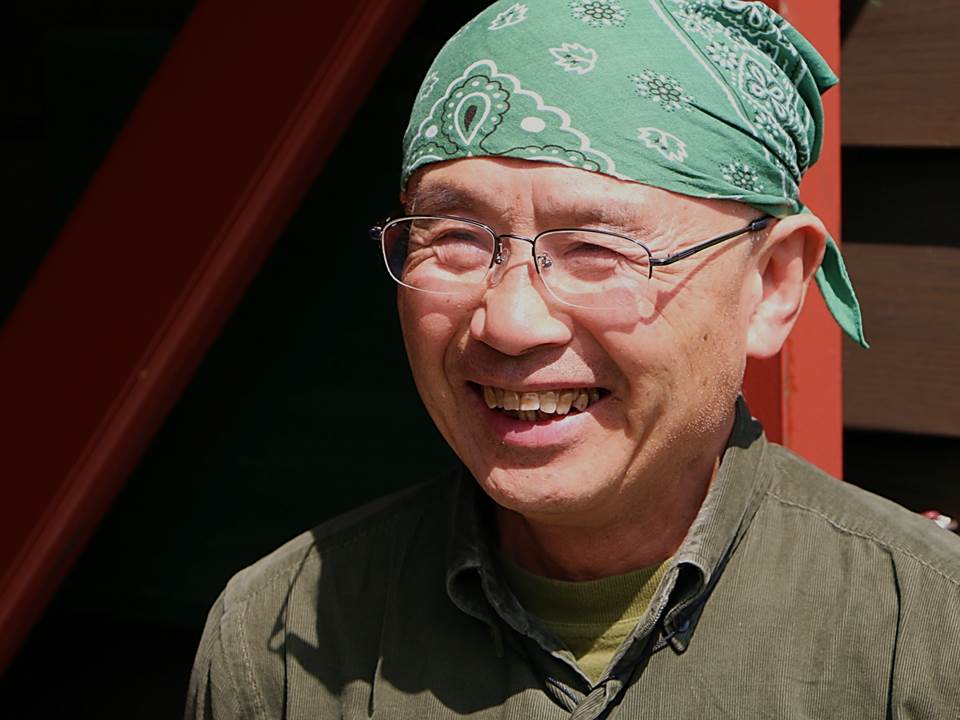 Takeyoshi Matsuo is a long-term resident of Nemuro, east Hokkaido, where he and his wife manage a popular lodge on the southern shore of Lake Furen.

A regular guide in east Hokkaido Takeyoshi Matsuo assists individuals, couples, and television companies. He is an experienced bird ringer (bird bander) and has travelled to numerous countries in pursuit of birds.

Takeyoshi Matsuo was born in the Ariake Bay area of Saga Prefecture, Kyushu. He developed an interest in birds while still a junior high-school student. As binoculars were still rather rare and expensive then, he learned traditional field skills in order to approach birds to watch them at close range by naked eye. On his first expedition to Ariake tidal flat he borrowed a pair of old ex-Navy binoculars from a family living in his hometown, and so began a lifelong passion for birds.

In 1962, he first learned of the Wild Bird Society of Japan, realized that he was not alone in liking birds, and joined his first birdwatching trip to Arasaki, Kagoshima Prefecture, Kyushu, now a site world famous for its winter gathering of cranes.

By 1965 he had moved to Tokyo for work and in his free time joined the Shinhama Club, a small bird-counting group with whom he studied how to identify birds in the field. Together, the members, consisting of students, office workers, and scholars, carried out a bird census at Shinhama for three years from 1966 to 1968 on what was the last, vast tidal flat of Tokyo Bay that had not been reclaimed. Then it still consisted of paddy fields, reed beds, lotus ponds, and fish farming ponds surrounded by pine trees and Shinhama Goryouba (a traditional duck-catching pond used by the Imperial family) at the mouth of the Edo River.

The group members counted all the birds they encountered each week throughout the year and spent Saturday evenings studying how to identify shore birds using the Peterson Field Guide to the Birds of North America and an English-Japanese dictionary as the only Japanese bird book available at the time had been illustrated from stuffed birds. The group’s census was published in 1988 and through his experiences as part of that research project he became increasingly interested in bird migration and seasonal change in birds.

Takeyoshi Matsuo moved to Nemuro in 1973, and began counting migratory shorebirds at Shunkunitai in 1974 and extended that to all of the shorebirds visiting Lake Furen from 1985 onwards. From 1989 to 2011 he counted waterfowl, eagles and cranes at Lake Onneto and Lake Furen.

His research data, contributed to the national census coordinated by the Japanese Environmental Ministry, consistently showed that Lake Furen, with 56 species of shorebirds, maxima of 5,300 birds a day, was always among the top ten sites for shorebirds in Japan. He has also recorded 34 species of waterfowl at Lake Furen with maxima of more than 100,000 birds on some days.

In addition to participating in regular bird censuses, Takeyoshi Matsuo has been heavily involved in bird ringing since 1977. As a licensed ringer he has been ringing woodland birds, shorebirds, gulls and storm petrels since 1978.

In between conducting censuses and ringing birds he has, since 1999, guided foreign birdwatchers to many of his favourite places in Japan, most frequently in east Hokkaido. He has also travelled overseas, to Alaska, Costa Rica, Florida, and New Mexico for birding, and to Saudi Arabia, the Philippines, northwest Australia, Sakhalin and Kamchatka for bird ringing.