Arrive at Naha airport. After exiting the baggage area, go out into the arrivals hall and find the Tourist Information Desk. If you tell them your car rental company's name, they will telephone to say that you have arrived. Vehicle rental pickup is on a traffic island outside of main terminal (buses pick-up clients and take them to the rental office). Rental company staff will be there to help.

All rental vehicles should be returned with a full tank of fuel. 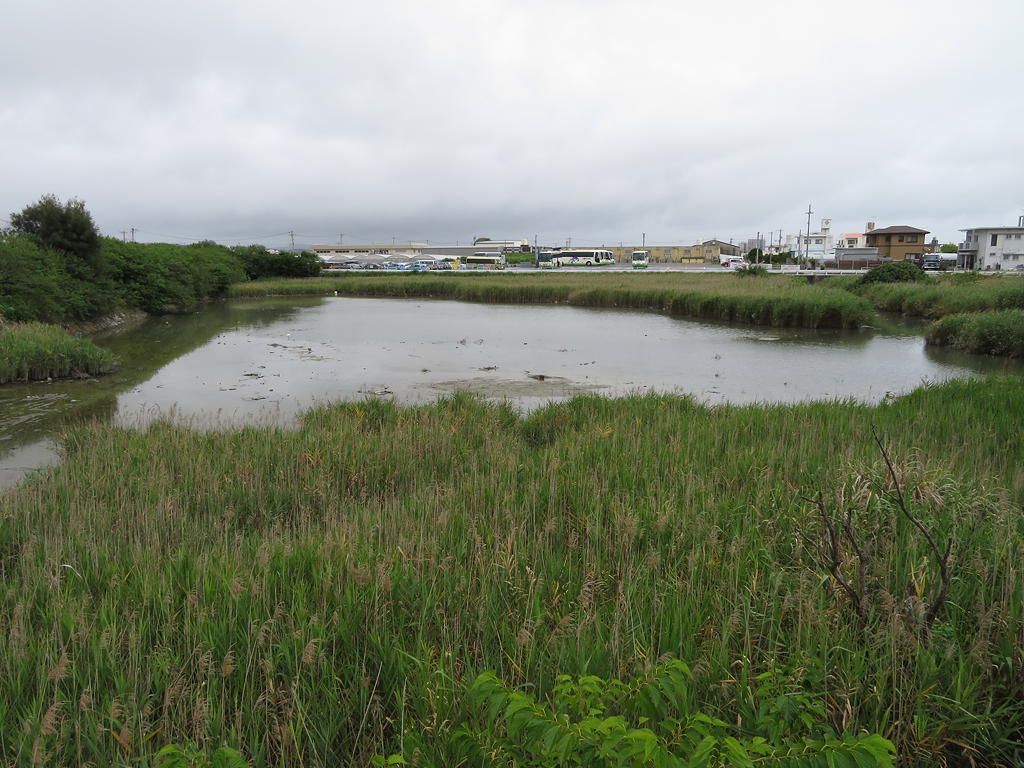 Also on the right side of Route 331, about 500 m further south from the Senagajima Lagoon, is Sankaku Pond. About 200 m from Tomigusuku police station (on the left side of road) there are some traffic lights and almost opposite, on the corner of a small road, there is a convenience store. Turn right here, and about 100 m from the store there is a small parking area on the right side. Sankaku pond is opposite. Surrounded by reed beds, low bushes and trees, it is an island of natural habitat in a sea of development.

Although Sankaku Pond is only a small body of water it attracts various species of shorebirds during the migration seasons, and often hosts Black-faced Spoonbill. During summer Oriental Reed Warbler can be found in the reeds and during winter ducks and even an occasional wayward goose or swan may drop by.

Check times of low tide before heading to this birding spot in the centre of Naha. The main attractions here are the various shorebirds that drop by on migration, and which sometimes remain to winter here. The two most common species are Grey-tailed Tattler and Red-necked Stint, but almost any other east Asian shorebird can appear, along with spoonbills, herons and egrets, even including the rare Swinhoe's Egret.

Go east on Route 329 and cross over a large bridge (Toyomi-ohashi). At the east end is a set of traffic lights. Turn right here, drive past the Toyomi General Hospital (on the corner as you turn right) and park in the MaxValu shopping mall car park, about 250 m south of the bridge on the left side. Walk back to the bridge, and view the mudflats while walking across the bridge or from the smaller bridge (Haryu-bashi) which goes north/south over the estuary.