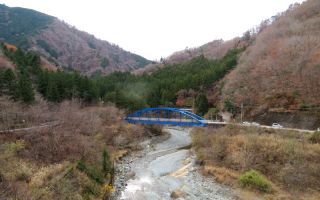 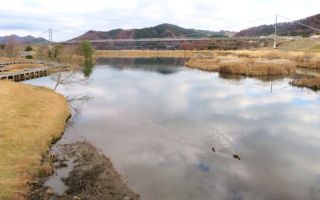 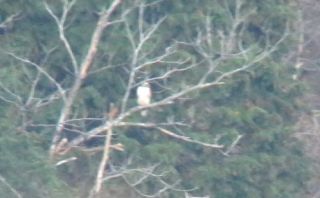 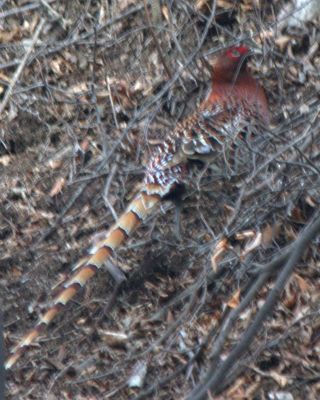 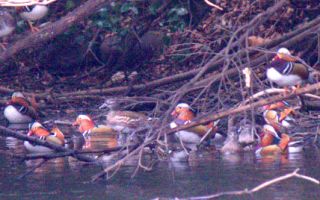 Southwest of Tokyo, about an hour by express train and another 45 minutes by bus, lie the thickly forested Tanzawa Mountains. On the northeast side is a reservoir known as Lake Miyagase (Miyagase-ko). The lake lies within the Aiko District of Kanagawa, between Sagamihara and Atsugi.

It offers views of the Tanzawa Mountains, including Mt Hiru. The lake was formed following the construction of the Miyagase Dam, to provide a source of drinking water for the cities of Yokohama and Tokyo.

Within the Tanzawa range are several lakes, and one in particular that is visiting is Lake Miyagase. It is easily reached by bus from Hon-Atsugi Station, which is on the Odakyu train line from Shinjuku, in central Tokyo.

The area is well-known as one in whcih to search for Crested Kingfisher and Mountain Hawk Eagle.

The lake and surroundings are a popular destination during the winter months for local photographers who go there to take photos of Long-tailed Rosefinch, Daurian Redstart and an assortment of buntings. Small numbers of Japanese Accentor also occur here in winter.

On a fine day, the blue bridge over the Hayato River attracts a small crowd of dedicated eagle photographers, and anywhere in the surrounding forests, the eternally elusive Copper Pheasant can be found.

Directly east of the bus stop – about a 10-minute walk – is an open park-like area with a small lake which attracts various ducks as well as Grey Heronand Great White Egret. Along the streams look for Brown Dipper and Common Kingfisher, and in the open grassy areas where there are small trees or bushes, wintering Bull-headed Shrike and Dusky Thrush can be found.

The main area to check is the Hayato-rindo (forest track) which is closed to ordinary traffic. This is where the photographers can be found, staking out their subjects, and the track runs alongside the lake. From the vantage points look for Western Osprey, Little Grebeand, during the winter, Mandarin Duck.

It is about 5 km from the entrance to the blue bridge, so it is a good idea to carry your lunch and something to drink to make it possible to eat a picnic along the way while watching for Crested Kingfisher and Mountain Hawk Eagle.

Early on summer mornings (May, June, July) Miyagase's forests are alive with the morning chorus of birdsong including those of: Blue & White Flycatcher and Narcissus Flycatcher, Japanese Thrush and Japanese Grosbeak, and also the mournful song of the White-bellied Green Pigeon.

Public Transport details: The bus departs from the north side of Hon-Atsugi Station, from bus stop #5 (in front of the Lawson convenience store). The destination is Miyagase, the final stop of the #20 bus.

If you would like to read more about Japan’s natural (and un-natural) history, then you may enjoy The Nature of Japan: From Dancing Cranes to Flying Fisha collection of Mark’s essays now in its second edition.