Tune in to nature's sounds 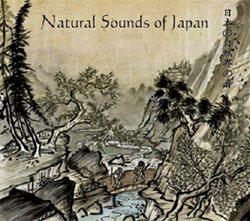 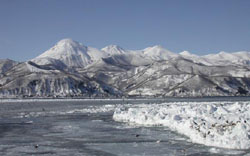 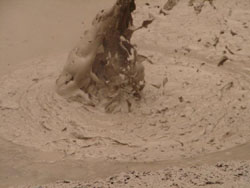 The phenomenal diversity of Japan, in its landscapes, climates, ecosystems, fauna and flora, has enthralled me for more than a quarter of a century. For part of each year I am extremely fortunate to be able to travel the length and breadth of the country seeking out its wilder places in order to experience the unique nature of Japan and to write about those experiences.

In my writings, when I mention bird, mammal, fish, insect, forest tree or alpine plant, describe a view from high in the Japan Alps, the Shiretoko Peninsula seen from the Nemuro Channel between Hokkaido and the Russian-occupied island of Kunashir, the ice coating the shore of the Notsuke Peninsula on the eastern shore of Hokkaido, or the waves washing the beaches of Iriomote Island in the far south of the Nansei Shoto, no doubt what springs first to a reader’s mind are images.

But even if I am successful, in painting a wordscape, and those images are powerful, they still miss out an enormous component of the actual experience — that of sound.

For me, it is the soundscape of a place that completes my sense of truly being there. In Japan, since I first visited 28 years ago, I have been fortunate to listen in winter in eastern Hokkaido to river-ice creaking, crashing and booming beneath my feet, while above me a pair of Blakiston’s Fish Owls — the largest and one of the rarest owls in the world — called out a sonorous duet. I have closed my eyes at dawn and listened to the cacophony of calls and wing beats as flocks of Red-crowned Cranes took to the wing from Hokkaido’s Kushiro Marshes. I have wandered through lush forests at night feeling enmeshed in a dense net of sounds: the calling of frogs, crickets, owls and toads, and the rustling of leaves in the canopy.

As well, I have spent hours quietly sitting on beaches absorbing the subliminal roar of the deep ocean, the gentle lapping of waves and the rattling undertow among the shingle.

There can, though, be few pleasures as great as walking in a familiar forest at dawn, pausing, closing one’s eyes and simply soaking in the lush and vibrant sounds of the avian morning chorus: from the flycatchers and thrushes to the warblers and woodpeckers.

In thousands of natural moments such as these, the sounds have left the deepest emotional impact. Consequently, I have amassed a considerable collection of commercial recordings of birds, frogs, cicadas, wind and wave sounds, wildlife atmospheres and sound guides from Japan and elsewhere.

However, never before had I heard my own experiences so encapsulated as when I listened to “Natural Sounds of Japan” by Andrew Roth. A sound recordist and sound designer at Natural Sounds (www.naturalsounds.org), Roth is as at home creating and mixing sounds for films, television, games and museums as he is creating tremendous ambient recordings.

I first mentioned Roth’s work in my April column, though the CD was not officially released until May 26. Since then it has become available on iTunes in Japan for a modest ¥1,500, offering even the busiest office worker a chance to revel in this sound journey that starts at dusk in Amami Oshima as the subtropical forest there cools and comes alive at the close of day with bird song and the otherworldly sounds of frogs, owls and crickets. Next comes an extraordinarily tonal interlude with the sound of water dripping and resonating into a suikinkutsu (buried ceramic jar) at Zuishunin Temple in Kyoto.

Where the sounds of the suikinkutsu are melodious, what comes next are the bizarre creaking, groaning and crashing sounds of ice — not just any ice, but the great broken masses of sea-ice that sweep down the Sea of Okhotsk to reach the Shiretoko Peninsula in northeastern Hokkaido each winter.

Though there may appear to be no relationship between these sounds — one from a temple, one from a frozen ocean — they share an odd similarity in being so unexpected and un-known in our daily lives that they seem almost synthesized. When, I wonder, will we hear them as soundtracks in some science-fantasy movie — together with the bizarre tones that follow in recordings from beneath the ice.

Yet, while ice drapes Hokkaido’s shores, spring is painting Japan’s southern islands green and pink. So, with his next take, the sweet cries of a Japanese Bush Warbler, Roth transports us to the new season — followed by the quintessentially Japanese noises of a shishi odoshi. This acoustic scarecrow, designed to scare away creatures such as deer or boar that might damage a garden or crops, creates an erratically soothing mood as the hollow pivoting bamboo pipe first fills with dripping water, teeters, and gushes. Then it clunks as it drops back, no longer weighed down with water, and hits the heel stone with a “tonk.” In these repeated sound sequences there is evoked a sense of the peaceful flow of time.

Following those passages, Roth takes us first to the Notsuke-hanto peninsula in eastern Hokkaido to listen to the hypnotic sounds of wind blowing through hollow metal pipework protruding from the ground beside an empty house, then to an excited cacophony of swans and the mournful croonings of Scoters, Pintails and Long-tailed Ducks.

From there we are transported to the Japan Alps of Nagano Prefecture to listen to the buzzing and sawing sounds of cicadas and crickets against the sonorous tones of a temple bell. Other tracks take us to an emotionally charged gathering of Red-crowned Cranes displaying near Kushiro, to the eerie, almost comical, singing sands of Kotohiki-hama beach in Kyoto Prefecture, and to the sinister bubbling and boiling sounds of sulfurous “hells” in the Kirishima Mountains of southern Kyushu.

But like all journeys, this aural voyage through Japan must come to an end — which it soothingly does with sounds of water washing Honohoshi Beach on subtropical Amami Oshima island, rhythmically creating a feeling of endlessness and reminding us that the sounds will go on long after we have ceased to listen to them.

Really, I cannot recommend this unique exploration of Japan too highly to Wild Watch readers (and listeners!).