Targeting nature on a Texas shootout 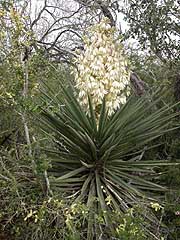 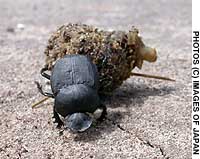 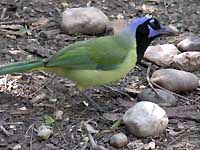 Texas summons up images of cowboys and longhorn cattle, Western boots and horses, Stetsons, vast ranches, oil and gas — and that Texan drawl.

After my first visit there, though, other images also come to mind: an apparently infinite flatness; endless, unzoned urban sprawl; RVs and SUVs everywhere, camper vans as big as Japanese houses, and the modern Texan workhorse — the ubiquitous pick-up truck.

But I was not in Texas to seek out sights. Perhaps that was just as well, given that my hotel in McAllen was considered one of the state’s notable historical sites — though it was 20 years younger than my own modest house in Dunedin, New Zealand.

No, I was in Texas to seek out wildlife. Situated on the Gulf of Mexico and with the narrowing funnel of Central America to its south, Texas is right in the path of the main migration route connecting North America to South America, a biological conduit along which tens of millions of birds and butterflies flow. Travel south and the humid tropics are close; travel north and the vast open skies of the Great Plains beckon. The temperature hits the 30s well before April in south Texas and by the time spring migration is under way in May, it’s pushing 40 degrees.

Though this overheated, urbanized flatness is not visually inspiring, here and there are pockets of natural habitat: wetlands and woodland, scrubland and palms, for the most part hosting plants adapted to relatively arid conditions, and susceptible to even a few hours of frost — a far cry from the flora of Japan! However, these pockets bulge with an astonishing diversity of butterflies and birds, and even mammals.

Seated comfortably in a semi-sunken hide, I look out through camouflaged netting onto a small pond, its waters glinting under the bright Texan sun. Birds are flocking to the pond: resident ground doves, timid and dainty, are eager to drink, their beaks dipping politely toward their reflections as if they were bowing. Yellow-rumped warblers, freshly arrived migrants from further south, flit in hurriedly, drink, splash, bathe; blink and you may miss them. Thrashers, cardinals, and sparrows wait more sedately in line for the water, so as not to be hurried, while nearby coveys of quail potter about fastidiously in search of food, their constant motion, and their steady contact calls, conjuring up images of a mobile board meeting.

Next to me in the blind, also sitting patiently waiting for our quarry, is world-traveling octogenarian Ruth Ransom. We have traveled to southern Texas, she from Britain, I from New Zealand, to shoot wildlife — on film. We came armed with conventional and digital cameras, lenses ranging from 28 mm to 400 mm, and more film than we thought we could possibly use — more than 50 rolls between us for this brief Texan visit.

A veteran of innumerable wildlife photographic trips to just about everywhere you can imagine, Dr. Ransom, now retired from her work as a pathologist, is sharp and quick to note a photographic opportunity, though her limited mobility is now ruling out some of the trips she would like to make.

I have done my best to travel in her footsteps on all the continents. Since the mid-1990s, when she gave up traveling in groups, Dr. Ransom and I have made almost annual photographic forays together in search of all wildlife accessible from road, hide or boat. Our trips have taken us as far as Australia, Borneo, Botswana, Japan, Montana, Namibia, and South Africa . . . and now, to southern Texas.

When you have “been everywhere,” often several times, there is always a thirst for new destinations, or new ways of seeing old ones. Dr. Ransom, on her third visit to Texas, and I on my first, were out in search of a different perspective — hence our presence in this small blind built especially for photographers on a private ranch.

Every animal photographer’s dream is to be able to plug into local networks of blinds allowing closeup work on wildlife, and in southern Texas we were not disappointed. We came mentally prepared, knowing that this would be no African or Indian safari, no southeast Asian odyssey, no Arctic or Antarctic expedition cruise — all of which the two of us have sampled in the past — or in my case, worked on as a scientist or lecturer.

However, this occasion was, quite simply, an opportunity to photograph close up the birds, mammals and reptiles that make this part of the world unique. Our sights were set on mammals, but birds excite us, too. We left the ranches happy with our photographs of javelina (otherwise known as the collared peccary, a distant relative of pigs), eastern cottontail rabbits and Mexican ground squirrels. We had been tantalized by glimpses of coyotes and bobcats, which passed within sight of our blind but were not tempted to come and drink while we were there. We were saddened that white-tailed deer eluded our cameras at the ranches, but later caught up with them in plenty on a wildlife refuge at Choke Canyon.

We were delighted at the opportunities to photograph local specialities such as green jays, scaled quails, pyrrhuloxia and golden-fronted woodpeckers. Along the way, we also had exhilaratingly close encounters with several diamond-back rattlesnakes, wonderful views of that comic of the bird world, the roadrunner, and entrancing opportunities to watch a bevy of tumblebugs tucking into, carving up and rolling away balls of coyote dung.

Throughout our stay, the glorious creamy-flowering spikes of the yucca were a constant distraction, a reminder that when wildlife fails to show, plant life is fascinating, too.