Taking a look at animals' 'me' and 'you' 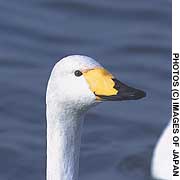 We take for granted our ability to easily recognize the people we interact with regularly. We also take it as a given that we can distinguish between the many thousands of other people we meet superficially during our lives, perhaps never learning who they are, yet knowing each one of them as a different individual. In order to do this, we rely on a mixture of overt and subtle clues: body size, shape, hair style, eye color and voice all help us to distinguish between individuals.

We are responsive to clues so subtle that from cadence and tonality, timbre and pitch, we can recognize the voices of those we know even when transmitted artificially by radio or telephone. Even more amazing is that from several hundred meters away, seen only for a split second with none of the details easily visible, we can still identify the familiar figure of a friend or a family member.

We know them from the overall concatenation of tiny details — a stoop, a walk, a mannerism, a bend of the head, a swing of the arm. A suite of clues so subtle, and in fact almost invisible to the conscious mind, that we find it hard to even describe them. Does the phrase “I just knew it was them; I don’t know how I knew, but I did” sound familiar? We recognize individuals even at a distance, and even when we can’t say how we do it.

Despite our astonishing ability to distinguish minute differences between individuals, we may easily fall back on the “Oh, all [insert relevant nationality here] look the same to me.”

It is a racist perspective soon contradicted by even a short time spent among people of other nationalities. We have the ability to distinguish between individuals from anywhere, but just how far does this ability spread through the animal kingdom?

The fact that animals invest so much genetic energy in projecting visible, chemical or auditory signals that facilitate their identification is a clue.

On the other hand, some creatures go as far as to subsume their own identities to such an extent (I’m thinking of communal or social insects) that they belong to a limited number of castes that fill specific roles, and all individuals in a nest or hive carry the same pheromonal scent. This enables them to easily distinguish “us” from “them,” but beyond that they appear to live a life ignorant of individuality.

If we look closely at a range of small mammals and birds, we can see from their breeding systems (in which males compete among themselves to mark territories or to attract females, while females select prospective mates) that they must somehow be able to distinguish between individuals. To the human eye, however, the differences may be invisible.

Only when they’re caught and measured and marked may we be able to distinguish between them — that is the reason why so many scientists are eager to mark the individuals of their study-species.

Occasionally, we find species that help us along in our research by having recognizable individual differences, such as the famous Bewick’s swans, long-studied first by the Scott family and then by staff of the Wildfowl and Wetlands Trust in the United Kingdom.

These birds have distinctive variations, on a yellow-and-black theme, in the patterns on their beaks. We can use such identifying clues to distinguish between them, but does that mean that they can do the same? Are their individual differences merely coincidental but visible consequences of some other genetic difference?

Unlike the Bewick’s swans with their highly variable bill patterns, the somewhat larger whooper swan, a common winter-visitor to Japan from Siberia, has a less noticeably variable bill. There are three basic easily recognizable types of bill patterning — the yellow nib, penny-face and darkie. But beyond these three, swan researchers find it difficult to distinguish whooper swans as individuals.

One particular swan (see photo) has been at Lake Kussharo in Hokkaido during the last two winters at least, distinguishable to the human eye from regular forms (see photo) by the unusually great extent of black on what is normally the yellow part of the bill. The poor thing was the butt of many aggressive encounters when I last watched it, but whether because it was alone and perhaps of a low social status, or whether as a victim of discrimination because of its different bill pattern, I don’t know.

If the coloration of a swan’s bill helps researchers to tell swans apart, the overall coloration of their cygnets helps the various species of northern swans to modulate their behavior toward their offspring. Parents of normal grayish-brown cygnets identify them as young birds by their color, therefore protecting them from aggressive interactions, whereas the far less common white cygnets of the mute swan are exposed to higher levels of aggression than normal. This is apparently because they are identified as adults, rather than as young, and so they tend to elicit a less-than-friendly “get out of my personal space” response.

Where swans use coloration to distinguish their offspring, other bird species use vocal cues. At the king penguin colony at Volunteer Point in the Falkland Islands, I was impressed by the way in which sleek parents returning from a fishing trip out at sea, and Busby-like brown, downy young found each other in the jostling crowd of birds by calling back and forth.

Similar dependence on individual vocal clues applies to many other bird species (are those other aerial vocalists, the bats, equally capable?), yet some may lack it or only develop it at a certain stage in their life cycle.

Some other penguin species also rely on location. A close watch on a colony of rockhopper penguins on New Island, also in the Falkland archipelago, revealed that once an egg or a very young chick was accidentally knocked from its nest, either by a parent or a neighbor, it was doomed. Just as the social insects distinguish between “us” and “them,” and as in Japanese, one can distinguish between soto and uchi, it seems that certain penguins identify with their nest, not with the specific nest contents.

They protect what is within the tiny ring of stones, sticks or bones that delimit their nest, but are either oblivious to what lies outside the ring, or treat it aggressively as decidedly alien or hostile.

A squirrel monkey (a small monkey commonly seen in the pet trade) tested with a mirror shows no self-recognition, but introduce any of the apes to their reflection and self-acknowledgment lies clearly within their understanding.

Blessed (or cursed) with that facility of extending the recognition of individuality to self-awareness, do they, too, ponder the meaning of their existence?