Seasons seen out of sync 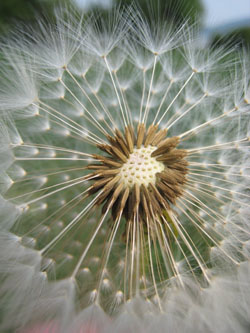 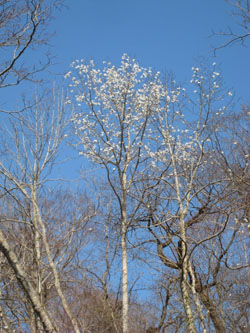 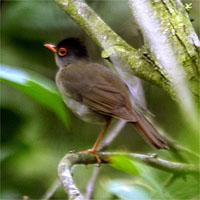 I really thought I had missed out on spring this year. Having left Hokkaido when it was still blanketed with snow, I then spent a prolonged spell in South America before island-hopping across the Atlantic to the Mediterranean. It all left me overly warm (you can have too much of heat and humidity!), but mentally ready for the delightful subtleties of spring colors.

I expected them in Europe, after all I was to be in Germany before the end of April. But there, temperatures more typical of midsummer had been searing and baking the landscape for weeks, and Britain, France and Germany all seem to have experienced their warmest and driest Aprils since records began.

With so much early warmth, plant-life and insect-life was much further advanced than I could possibly have expected. The result was that during my daily walks around local fields north of the beautiful German city of Heidelberg, it felt like summer, not spring.

Traveling from Hokkaido’s late winter to tropical midsummer in South America, then to a summerlike heatwave in Europe, left me feeling seasonally out-of-sorts, as if I had grossly overslept.

But the saving grace for me was that nightingales had arrived in Germany.

Not the literary, mistranslated “nightingales” of Japan (actually, Japanese bush warblers), but European nightingales, the subject of a famous ode by the English Romantic poet John Keats (1795-1821) and the subject of English nature writer Richard Mabey’s marvelous 1993 book “Whistling in the Dark: In Pursuit of the Nightingale.”

I heard the first pulsing, powerful notes of the nightingale’s melodic song while still half a kilometer away from the dense woodland tangle outside of Heidelberg that they had chosen as home.

I was stopped in my tracks by the sheer beauty of the outpouring of trills and whistles, and by the accompanying deeper bubbling sounds. As I neared, I noticed not one but two birds in full song, each trying to outdo the other; and by the end of my morning walk I had logged five songsters, each seemingly richer than the previous, and each bringing back floods of boyhood memories of predawn cycle rides through the dark, hedge-lined country lanes of Worcestershire in central England in search of this magical migrant.

Returning daily to the nightingale- haunted woodland, I soaked up what little I could of the remnant feelings of spring, but in reality the nightingale heralds the true arrival of summer.

Nevertheless, those delightful torrents of sound had further awakened my needs for the missing vernal season, and it was with trepidation that I returned home to Hokkaido.

My first glimpse of the forests below as my flight neared Chitose Airport brought a wave of relief — no leaves yet! Large, cool, creamy blossoms, seemingly splashed in bright patches across a forested landscape that was still predominantly naked, were in fact flower-studded magnolia trees.

I couldn’t wait to get into those forests, to hike among the trees and to soak up what remained of the season. A deep carpet of packed, sorbet-like snow made hiking easy, and explorations in the low mountains beyond Sapporo revealed those beautiful magnolias in profusion.

Here and there, other tree species were breaking their first leaf buds; along the lower stream-sides willows were further advanced, already showing a shimmer of pale green, while stands of planted larches were vibrant with their delicate pastel-green needles like a translucent glaze on the forest.

In random spots thawed out amid the snow, and lower down below the snowline, the first spring flowers were raising their heads to a slowly warming sun.

Periwinkle-blue against the drab gray-browns of the forest floor of snow-crushed fallen leaves, the nodding flower heads of blue corydalis were a sight for sore eyes, but it was for the katakuri that I was searching. These large, houndstooth violets remind me of cyclamen with their flower heads drooping delicately from arching stems — but then all the deep purplish-pink petals point upwards in defiance of gravity.

Occasional queen bumblebees, out foraging for themselves, droned past, buzzing their wavering lines from one flower patch to the next.

The first sighting of just a single katakuri brought back nostalgic seasonal springtime memories of sitting amid carpets of wild flowers, and then, just round the next corner was a whole bank covered with them — I need not have searched at all!

In lowland Hokkaido, it is the golden-headed dandelion that marks the passage of spring into summer, and roadside carpets of nodding yellow-heads were a reminder that even here the “spring” has been an early one, and that summer is chasing fast on its heels.

In Europe, several weeks ahead of us seasonally, the dandelions have already set seed and their tiny tasselated parachutes were already sending cascades of fine, airborne seeds aloft to join the Aeolian phytoplankton of even finer willow seeds. One unexpected benefit of my hop-skip-and-jump through the seasons this year has been to miss out on my least favorite part of the spring — hay fever.

Initially sensitized, I believe, by the fine dust-like pollen of the mass-planted cedars in Honshu, a sneezing nose and runny eyes have been unwelcome fellow travelers on my springtime forays in recent years. But not this year.

A haze of color now dusts the forest canopy, but only at the very tips of the branches, making this the season when songbirds are at their easiest to find.

The bush warbler (Japan’s literary nightingale) is usually adept at tantalizing would-be watchers by remaining hidden amid the densest foliage while delivering its powerful and explosive “hocho-kekyo” song. But now, at this stage of the season, it sings right out in the open, with more modest repetitive phrases.

Meanwhile, the brown-headed thrush, usually so difficult to spot, repeats its short throaty ditty quite blatantly from exposed canopy-high perches. A snake-necked wryneck, an odd member of the woodpecker tribe that’s normally so well camouflaged with its cryptic lichen-colored plumage and barklike striping, now gives its querulous call while right out in the open, too.

For migratory songbirds, time is of the essence — establish a territory, defend it from competing males, attract a female — and it must all be done regardless of how far along the local vegetation is.

At ground level, as all this activity occurs in the trees, male Asiatic chipmunks have already been tempted from their hibernaculae, and are scouring the forest for females to mate with as they emerge from their winter’s sleep.

Soon the faint shimmer and haze of green that tints the pallid, even wintery branches of the forests, will turn into a solid palette of color, and almost before you know it summer will truly have arrived with its darkening shades.

As each season unfolds, I think that each subsequent one is the best, but perhaps because I have missed most of it this year, spring seems all the more poignant. The fleeting, northern-hemisphere spring of 2007 is also a chilling reminder that, as wildly erratic, extreme and unpredictable weather patterns become more the “norm,” not merely spring, but also winter, may become “endangered species.”