Relicts of the distant past 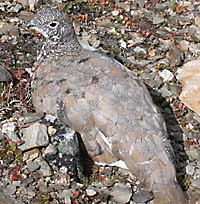 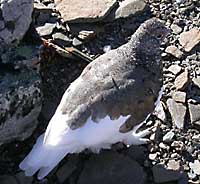 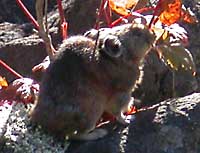 Time passes; it flows on, sometimes seemingly at breathtaking speed like a mountain torrent, at others crawling like a meandering backwater. Personal time expands and contracts. Geological time is relentless; grinding, shaping, wearing; sufficiently prolonged to isolate islands, to raise landmasses, for sea levels to fall and rise.

If only we could watch it all speeded up, we would understand so much more about the presence and absence of species, and their distributions. We might fathom, for instance, how certain species have survived in Japan against all the odds, and how some made it here in the first place. How is it, for example, that the world’s largest amphibian, the 160- to 170-cm long Japanese Giant Salamander, resides in the cold, fast-flowing mountain rivers of Honshu and nowhere else in the world? It’s a relict of times past.

But relicts represent windows, providing narrow glimpses into barely understood times. Just a few weeks ago, for example, when the northern autumn was still only a glint in the eye of late summer, I sat beside a tumble of well-worn rocks on a sunlit Hokkaido slope surrounded by dense boreal forest, musing on the passing of time. A piercing whistlelike cry was a timeless indication of an astonishing natural relict just a few meters from me. Creatures of high alpine zones, of tundralike expanses and exposed and rocky slopes, pikas make themselves at home in remnant landscapes that were presumably far more extensive as the glaciers retreated at the end of the last Ice Age in these parts, around 10,000 to 12,000 years ago.

Even now, if you hike the higher peaks of central Hokkaido, your chances of encountering the whistling hare, best known as the Asiatic pika, are good. Hearing these small, plant-eating mammals is easy; seeing them requires time and patience. Let them come to you; wait for them to relax and you may be entertained by their scurrying antics as they seek out stores of food to carry back to their underground dwellings. They tuck themselves away in jumbled rock piles where their “burrows” are impenetrable to anything larger than they are, and in autumn they are busy gathering vegetation for their winter stores and bedding.

For the pikas, close relations of rabbits and hares, each winter is merely a long night, a prolonged rest; geologically merely a heartbeat of time, and those beats have seen the pikas become isolated as the land around them has changed, as Hokkaido became isolated as an island, as forests crept up the slopes on the backs of soil-generating plants, and as their once far-reaching, almost bare rock piles became overwhelmed with mosses, grasses and shrubs. Once you know their habitat you can find it in various mountains now too low, or too far west, east or north — or just too overgrown — for pikas to survive in, to re-find or recolonize.

As agriculture and development have spread across the lowlands, these have become uncrossable distances acting as barriers to the movements of the pikas, so rendering them ever more isolated, ever more like remnants of once widespread species — living relicts of a past age.

They are not alone in Japan in their relict status. Hike the higher peaks of central Honshu — the Alps above about 2,000 meters — and you may be lucky to meet the “thunderbird” — the ptarmigan. In various sub-Arctic regions of the world I have encountered this bird down almost at sea level, where it is at home in tundralike areas. Further south, though, suitable habitat remains only in the alpine zone of higher mountains, hence their occurence in the Japan Alps.

Confiding birds, ptarmigans creep amid rocks and alpine plants relying on their camouflaged feather patterns and slow movements to avoid the attentions of predators — though not always of camera-toting naturalists.

Generation after generation, the ptarmigans, like those pikas of Hokkaido, have gone about their own quiet lives while the world has changed around them — warming and cooling, cooling and warming, shrinking and rising, falling and contracting, as the Japanese archipelago has become isolated around them. Perhaps in the past they lived on other mountain ranges in northern and western Honshu. We may never know.

Perhaps soon after the last Ice Age, in a cooler time when the permanent snow level was much lower than just the peaks of the Alps as it is now, their range may have extended down closer toward the lowlands of Honshu. Perhaps then was the heyday of both pika and ptarmigan.

It is conceivable, too, that the ranges of these two relict species once even overlapped. It seems anomalous, for example, that the ptarmigan is absent from the mountains of Hokkaido. Perhaps they survived there, too, at some point in the past, but as they became increasingly isolated by a warming trend, and as their preferred habitat shrank and shrank, perhaps they were no longer able to survive and so became extinct there.

Changes in the environment will drive the futures of these evolutionary leftovers, just as they have shaped their pasts. Global warming will cause their habitats to shrink ever further, providing space for fewer and fewer of their offspring. Conversely, any future cooling phase may trigger the expansion of their preferred habitats. I have learned much from watching these relics of Japan’s natural past, and I’m sure that if they had a motto, it wouldn’t be “stick together,” for they are quite isolated from each other. No, it would be: “Hang in there!”