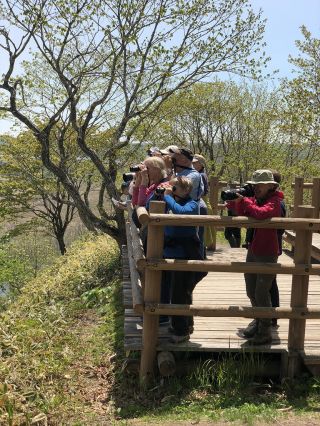 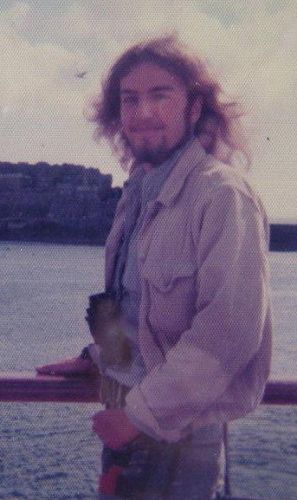 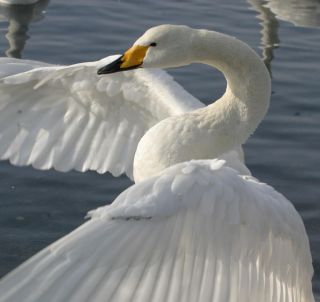 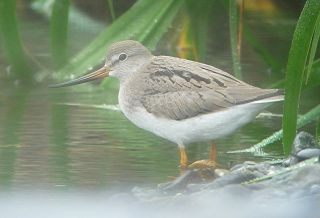 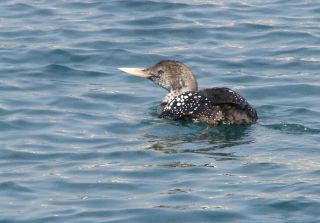 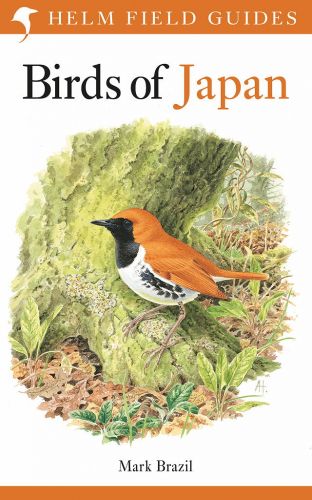 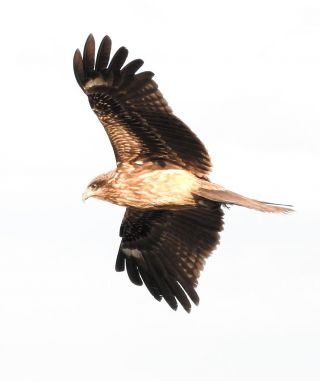 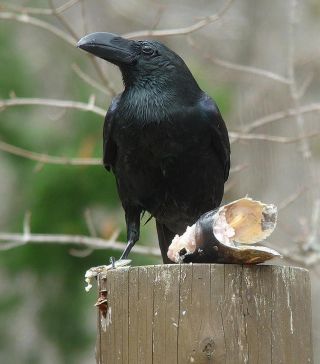 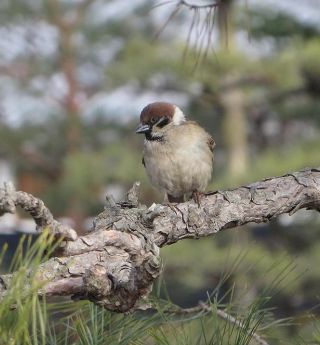 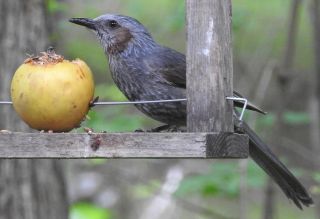 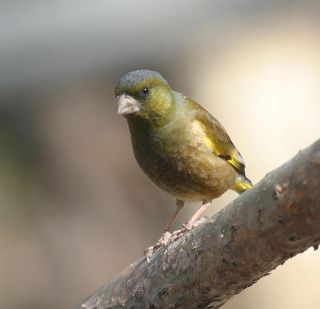 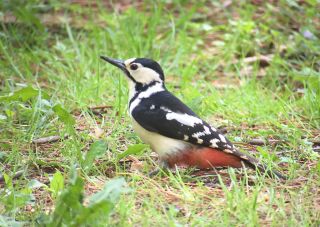 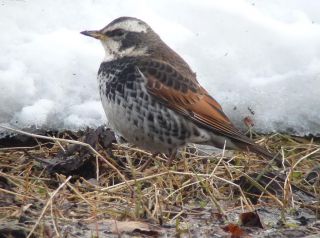 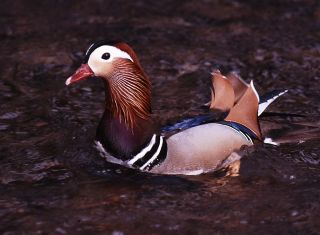 Endurance is not a word I use lightly. Nor in the past would I have imagined using it in describing aspects of my recent lifestyle of nigh on twenty years, but then living in a semi-urban high-rise ‘mansion[1]’ in a commuter city was also not originally in my life plan. It is amazing how birdwatching can help!

Birdwatching comes in almost as many forms as there are birdwatchers, from novice to expert and with so many different approaches, though the basic categories are essentially few. At the extreme and obsessive end of the spectrum there is the twitcher, otherwise known as a lister, who travels ceaselessly in pursuit of rarities, individual vagrant birds blown far off course, to add to their lists. Twitchers have been known to abandon work, family and friends on hearing the news of a rarity’s arrival, and have hitchhiked, motorcycled, driven or flown the length of a country in pursuit of their goal. Some birders list nationally, some globally, but then some, not driven by a list at all, are motivated to enjoy merely watching birds. Such birdwatchers may choose to holiday in a particular region, or explore different environments and habitats, content to indulge in slow-time, wandering in a particular habitat, or sitting in a hide at a nature reserve, enjoying whatever shows itself – whether it is rare or common.

At the other end of the spectrum from the list-oriented twitcher is the patchwork birdwatcher. Far from dashing off to some far-flung island or headland at the news of the arrival of a rare species, the patchwork birdwatcher doggedly heads for their local patch. Week in week out they visit the same place, a woodland, wetland, headland, nature reserve, or countryside trail, examining the same little patches of habitat over and over throughout the year looking for the familiar and for anything out of place; taking pleasure in their last sighting of a winter visitor for the season, noting the first arrival of a spring migrant, or revelling in the return of a favourite songster. Their dose of birdwatching familiarity may be indulged in regularly, perhaps weekly, even daily, and to the regular mix of local species there is sometimes added spice, the exciting shiver of excitement of sighting a bird out of season or out of its normal range. Somewhere on that spectrum there are the ornithologists, those who study birds academically, who take their passion for all things avian and channel it into a specific narrow field of investigation.

At times, I have counted myself in each of these categories. At first, I was a patch birdwatcher when, as a novice, behind borrowed binoculars, I first began birding by bicycle in my native English county of Worcestershire. I explored the reservoirs, woodlands, hills and riverbanks of my local area at a barely more than pedestrian pace. Then, for several years, I dabbled in twitching. Hitchhiking was the norm back then, and with next to no money in my pocket I would set off taking random routes to very specific locations. My memory is of spending far too many miserable hours waiting for lifts in the rain, warmed only by a dreamed of avian sighting, and fuelled by my desire to be one of the birding in-crowd. I remember sleeping beneath trees, in hay piles and in barns, and I recall nights spent in a telephone box as my only shelter when pursuing my first sighting of a rare Asian shorebird, a Terek Sandpiper, which had made it to English shores. I call to mind an uncomfortable night resting (sleep was well-nigh impossible) in a cart on the island of Tresco in the Isles of Scilly in the autumn of 1975 waiting for dawn and a sighting of Britain’s first ever Yellow-bellied Sapsucker (a woodpecker storm-blown from North America). I remember one mammoth journey across country to sight the British mainland’s first ever American Kestrel at Bearah Tor in Cornwall in 1976, when stopped by police on my way back I was amazed that even they knew where I had been! And on one memorable journey that took me to northern England and Scotland in search of a White-billed Diver, I recall that I came back richer by five pounds thanks to a tip given by a wealthy driver taking pity on my impecunious plight! Perhaps he had a son of my age.

On moving to Scotland as a post-graduate I went cold turkey, dropped out of twitching completely and became a mountain hiking birder, finding my own birds as I explored. Simultaneously, I spent some years as an ornithologist, studying in depth the behaviour and ecology of the impressively huge waterfowl, Whooper Swans, that migrated (as did I) between Iceland and the British Isles; then in subsequent years I studied certain other avian species ranging from owls and rails to gulls, and even a whole national avifauna in the case of Japan.

As international travel and writing commitments burgeoned and consumed an increasing amount of time, I turned back to the regularity of patch birding, though in my case my patch was an unprepossessing semi-suburban walk of about an hour that took in a higgledy-piggledy housing area, a field margin, the edge of a woodland patch and so much roadside verge that I was reminded of my long-gone hitch-hiking days when I spent so many lonely hours at the roadside. Nevertheless it was patch birding that helped me endure high-rise life.

Whether as a twitcher, a birdwatcher, a birder, or as an ornithologist, one key aspect of my life has been taking notes of sightings, and over time, during my regular walks in the semi-suburbia of western Hokkaido I have accumulated some interesting sightings.

My patchwork walk of between five and six kilometres, almost invariably taken in the early morning has netted me 51 species to date. With very few individual birds to be seen or heard on any one walk it has sometimes been weeks or even months between notable sightings. There is a regular cast of characters of course that features on just about every walk here, the endlessly circling and always hopeful Black-eared Kites, our widespread scavengers, then there are the two ubiquitous species of crows (Carrion and Large-billed) always on the look out for a garbage-stealing opportunity, the White Wagtail that seems to live permanently around our building complex, the little group of Eurasian Tree Sparrows that regularly congregate at a small feeder where a neighbour puts out dry rice grains for them, and the common and habitually vociferous Brown-eared Bulbuls, most notable during migration in spring and autumn, but also noisy at other times of year.

The supporting cast of species includes those that appear often, though not regularly. Among these I can reckon on often encountering the wheezing Oriental Greenfinch calling from some garden treetop, the bull-necked Hawfinch ticking as it flies overhead, and the rapid-fire drumming of woodpeckers. The section of the walk that takes me alongside part of Nopporo Forest has most frequently produced the boldly pied Great Spotted Woodpecker and the diminutive, frequently buzzing Japanese Pygmy Woodpecker, but has occasionally allowed glimpses of Grey-headed and White-backed Woodpeckers.

Walks taken over many springs and summers have allowed me to accumulate a number of sightings of various migrants that spend just a few months of the year in the area, such as Japanese Bush Warbler, Eastern Crowned Warbler, Japanese White-eye, Narcissus Flycatcher and Meadow Bunting. Each spring I have revelled in hearing, then seeing, my first sky-dancing Eurasian Skylark of the year as it pours out its cascade of song during its hovering display flight, or the dashing, bug-chasing falcon of these parts – the Eurasian Hobby. These two I can watch over and over again, never tiring of their inspiring songs or their impressive aerial antics. During late summer I am always thrilled to see the hobbies in dragonfly-chasing mode, tearing apart the sky in pursuit of their mini-drone-like prey.

Winters have always been a trial, trudging around through rain, or ploughing through snow, but despite cold nipping at my toes, fingers and nose, the rewards have included flocks of chattering Dusky Thrushes arriving for the winter, a flight of Whooper Swans bugling as they passed overhead on their way south from Russia to Honshu, and several times this past late winter a dense flock of resplendent waxwings descending on a line of rowan trees and stripping them of their berries then returning to the woodland canopy to gorge on mistletoe berries.

The number of species that I sight regularly is very low, while the number of those species that I have only sighted once is rather high, but the latter do serve to pad out the list! I recall a delightful, though very brief sighting of a male Mandarin Duck, quite out of place on a tiny pond late last April. Just once, a broad-winged and short-tailed Eastern Buzzard flew by reminding me to pay more attention to every glimpse of a supposed kite.

Another group that has added further to my local patch list is the set of species I have heard but never seen, such as the elusive, but explosively vocal Sakhalin Grasshopper Warbler, with its loud ‘chot-pin, chot-pin kake taka’ delivered by day and night, which scolded from dense, roadside cover. Just once I heard a Siberian Thrush give its hauntingly brief ‘kiron-tsee’ song, and how I wish I could have matched that hearing even with the briefest of sightings of this splendid blue-black thrush with its bold, silvery-white eyebrow.

In many parts of the world, accumulating a count of some fifty avian species would take a matter of minutes or hours, whereas for me it has taken years on my regular and very limited patch. In patch birding, the thrill, however, is in knowing the familiar intimately, and in encountering the unexpected. A local daily walk around a neighbourhood may be an opportunity to catch up on life with a partner, or to exercise a dog, or it can be a little window into the seasonality of the natural world – wherever you live. Patch birding offers a little exercise, some fresh air, getting out of doors and out of yourself and some inspiring sightings – its all good for the soul.

Author, naturalist, lecturer and expedition leader, Dr Mark Brazil has written his Wild Watch column continuously since April 1982, first in The Japan Timesfor 33 years, and since 2015 here on this website. All Wild Watch articles dating back to 1999 are archived here for your reading pleasure.

[1]For those not accustomed to Japan, the term ‘mansion’ here implies a high-rise condominium building.