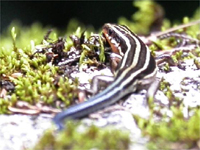 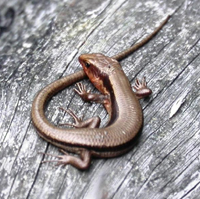 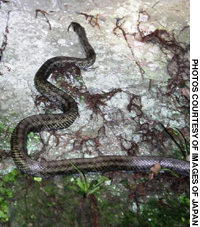 As island nations go, I have always maintained that Japan sits on a motherlode of biodiversity; it is rich in so many senses of the word.

That seems fair enough, Japan is an extraordinary place; it comprises a diverse array of island groups within a larger archipelago experiencing dramatic seasonal climatic extremes; it all seems to make sense. But how can we back up such sweeping generalizations?

Research is the answer, of course, and to that end I have been trawling through catalogs covering the inventories of wildlife of various countries, including Japan.

One obvious way of supporting (or trashing) these generalizations is to draw on comparisons. But to find comparable countries to Japan? Germany has almost exactly the same land area, but as it’s a largely landlocked country, and mostly in the midst of a continent, it’s hardly a fair comparison.

I choose to rule out continents straight off, because continental biodiversity knows fewer boundaries and barriers compared with islands. If we look to other island countries, then we should consider those that experience somewhat similar climates in somewhat similar regions — and there are few indeed.

The two that seem most suitable for comparison are the British Isles and the New Zealand archipelago. They, and Japan, are all in the Temperate Zone, and though they differ somewhat in size, they are each fractured into several large islands and innumerable small ones.

Now we are getting somewhere. And here’s a first fascinating factoid: Almost as many species of dragonfly have been recorded from Kushiro Marsh in eastern Hokkaido (around 40) as are regularly recorded in the British Isles (55). And compare New Zealand’s total of just 17 species with Britain’s 55 — and then Japan’s total, which is a whopping 197 species.

Meanwhile, the smaller island of Taiwan has 147 species, while the whole of the North American continent has 347.

As an archipelago that’s a mere fraction of the size of North America, Japan can certainly brag about its wealth of Odonata (dragonflies).

I have a feeling that comparisons of butterflies would echo those of dragonflies. And I have also heard it said that Japan supports as many native tree species as the whole of Europe.

If we put Japan’s biodiversity further under the microscope, and take a look at reptiles, the Land of the Rising Sun fares really well, too.

Latitudinal span and climate are no doubt involved, and Britain suffered the ignominy of having virtually its entire biodiversity base erased, literally scraped clean, during the last Ice Age, but nevertheless we can safely conclude that Japan supports more reptile species than other island countries of similar size.

It’s not just the total numbers either that are of interest. Consider how they are distributed.

If you are hooked into herps, and if reptiles are of particular interest to you, then you should consider moving to Okinawa Prefecture. There, 54 reptile species have been recorded breeding, including 24 endemic to Japan, and no fewer than nine alien species.

Kagoshima, the next-best prefecture to live in for reptiles, comes a distant second with 35 species, while most other prefectures have only 15 to 17. Tokyo actually comes in third, with 23 species, but that’s something of a cheat, because Tokyo includes all the Izu and Ogasawara Islands too! Hokkaido, with a mere eight species, has fewer, by half, than any other prefecture in Japan (but it still beats Britain!).

The enormous pet trade, combined with fashion changes, means that a large but unknown number of species are released or escape each year. Some of these have become established. Hence Red-eared Terrapin can now be found in the wild in every prefecture; the Common Snapping Turtle in several; and the Green Anole in Tokyo’s Pacific islands; while Okinawa tops the list of aliens, with nine species.

However, not only can alien species introduce diseases into the local populations, but they may also displace them, compete with them for food, and even hybridize with them.

Ranking places in terms of overall biodiversity is, though, no easy matter. If we consider terrestrial mammals instead of reptiles, then Hokkaido comes top of the league table with 57 of Japan’s 136 species; with at least eight more marine mammals recorded too, that makes Hokkaido a far more exciting place than most British mammalogists can hope for.

New Zealand, meanwhile, hardly counts in these stakes. Its early isolation from the ancient supercontinent of Gondwana left it without any terrestrial mammals, until bats colonized the islands. At its peak it could only claim three species, and one of those has become extinct.

Back in Japan, close on Hokkaido’s heels come Nagano (54 species), Iwate (53), Saitama (51) and Shizuoka (50) prefectures, whereas reptile-rich league-topper Okinawa ranks only a lowly 43rd out of Japan’s 47 prefectures when it comes to mammals, with just 25 species.

Japan’s isolation and fragmentation into various islands has encouraged the evolution of unique species in situ, and as a result the present-day country can not only boast a large number of mammal species, but also some very special species; Honshu, for example has 24 Japanese endemic species that occur nowhere else in the world, while the entire Nansei Shoto (the group of islands between Kyushu and Taiwan) has just nine — a far cry from Okinawa prefecture’s 24 endemic reptile species.

But back to reptiles. Given Japan’s reptilian richness, it is instructive to consider what is missing, and why.

Britain’s lack of reptilian diversity is hardly surprising, since much of Britain is rather damp and cool for most of the year, and it’s only 10,000-12,000 years since it was deep in glacial ice. Hardly the setting for reptilian colonization from Europe, or a hotbed of reptilian evolution.

Lacking prairies and deserts, Japan misses out on species adapted to these two habitats, and though there is no shortage of high mountains, it lacks reptiles adapted to them largely because Japan’s mountains are too cool (or even downright frigid) for most reptiles.

Japan also lacks large reptiles such as monitor lizards, pythons, or crocodilians, and for that no doubt many of us are glad. It would be alarming indeed to encounter a python while searching for dragonflies in Kyushu, or a crocodile while birdwatching in Okinawa. But watch out for those snapping turtles — it’s no longer safe to dangle a hand overboard while paddling a canoe on some lakes.

In fact, the range of nasties that have been released makes you wonder about people’s taste in pets. I met a skunk one early morning in Karuizawa, Nagano Prefecture, and I have read of Piranha being released in various places in Honshu. Nevertheless, in comparison with other island countries of approximately similar land areas, such as New Zealand and the British Isles, Japan supports substantially more species of reptiles, and the same can be said of mammals — and birds, too.

Whichever way you cut the cake, it seems that Japan has more than its fair share when it comes to wildlife.