The dramatic landscapes of Hokkaido make a wonderful backdrop for any birding or wildlife watching journey. Lake Kussharo is Hokkaido’s largest and most spectacular crater lake © Mark Brazil

My Birding Paradise: Hokkaido I 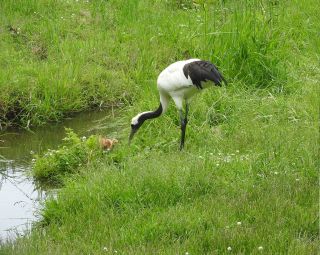 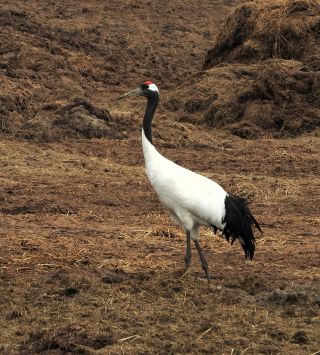 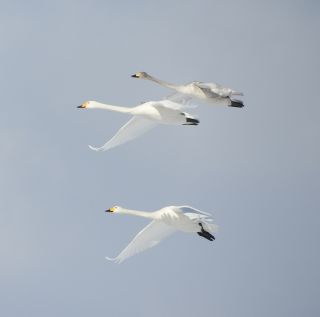 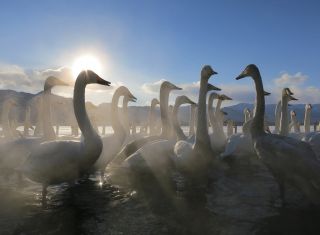 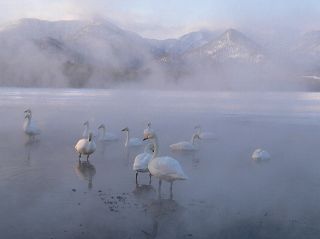 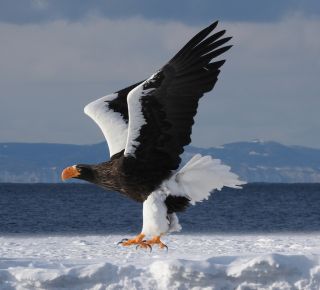 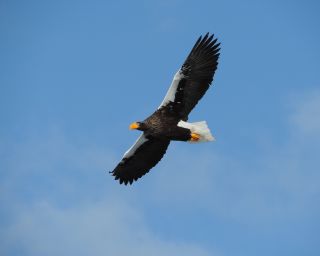 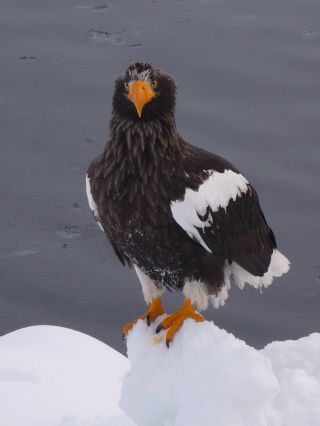 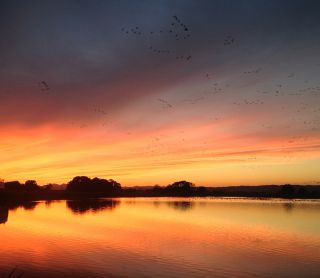 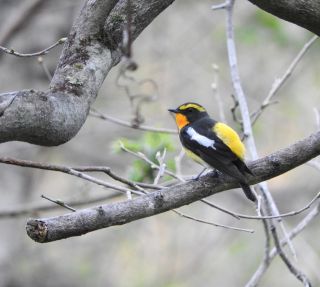 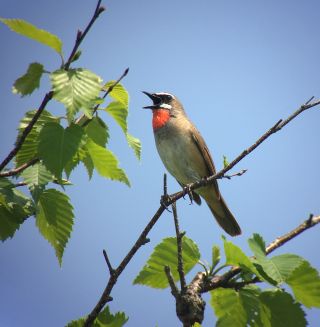 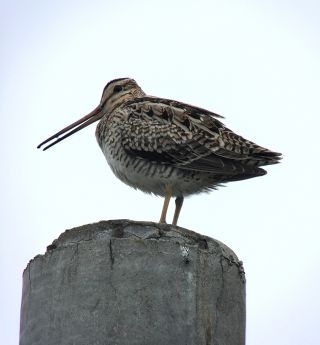 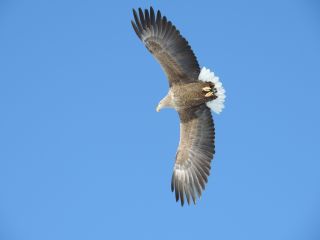 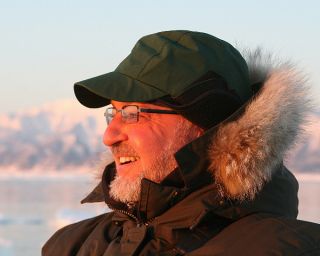 I have been writing about the wildlife of Hokkaido since the early 1980s and Hokkaido is now widely known as one of the top winter birding and wildlife photography locations on Earth. It is rapidly claiming its place as a renowned year-round destination.

Hokkaido is home to a number of eye-catching iconic species: the resident Red-crowned Crane and Blakiston’s Fish Owl, the winter visiting Whooper Swan and Steller’s Eagle, and the summer breeders Spectacled Guillemot and Siberian Rubythroat.

Japan is already widely known as offering one of the top winter birdwatching and wildlife photography destinations on Earth, and Hokkaido plays a justifiably very great role in that reputation. Simply put, Hokkaido is wonderful. Its key attractions are its dramatic location, stunning scenery, colourful seasons, fantastic wildlife, and warm hospitality.

Geographically Hokkaido is so close to the Russian Far East but, unlike that area, Hokkaido is readily accessible year round, safe, and has excellent infrastructure. From the perspective of Europe, North America, Australia and New Zealand, Hokkaido has an exotic and a natural appeal, but is easily accessible.

In contrast to the historical and cultural aspects of mainland Japan to the south, Japan’s northern island of Hokkaido offers Japan’ s wilder, more outdoor, side. It is ideal year round for nature travel, and especially for birders, birdwatchers and bird photographers.

Hokkaido also appeals because it is not only home to great biological diversity, but also to large iconic animals and birds that are quite easily seen: Brown Bear, Minke Whale, Dall’s Porpoise, Red-crowned Crane, Whooper Swan, Steller’s Eagle and White-tailed Eagle.

The bird that first drew me to Hokkaido back in February 1980 was the migratory Whooper Swan (at that time I was researching the species for my doctoral thesis in Scotland and Iceland), but I was soon captivated by the elegant and stately Red-crowned Crane and the immense and dramatic Steller’s Eagle. Steller’s Eagle has so inspired and excited me that it has become a theme for the covers of three of my books.

Hokkaido’s night birds are dramatic too, and none more so than the world’s largest owl and one of the world’s rarest species ­– Blakiston’s Fish Owl. Images of its smaller, and more common cousin, the Ural Owl, are frequently found in winter advertising here.

From spring to autumn, birdwatchers seek out migratory visitors such as the Siberian Rubythroat, and the many seabirds that pass the coasts of east Hokkaido, or breed on Teuri-jima, such as the Rhinoceros Auklet. In short, Hokkaido is a great birding destination all year round.

Hokkaido has numerous excellent birding locations spread across the island. These span from Onuma near Hakodate in the southwest to the Shiretoko Peninsula in the northeast; from Sarobetsu and Wakkanai in the far north to Kushiro Marsh and the Nemuro Peninsula in the extreme southeast; from locations near the capital, Sapporo, in the west, to the alpine zone of the Daisetsu Mountains in the centre. Meanwhile offshore there are islands such as Teuri, Rishiri and Rebun, which attract breeding seabirds, migrants, and even vagrants.

Each season in Hokkaido has its special attractions, making for a wonderful birding year.

For me the birding year begins with winter, and here winter really begins in November when the first of the several thousand Steller’s Eagles that call the island of Hokkaido their winter home begin to arrive.

As temperatures dip towards freezing in late autumn and early winter, migrant swans (Bewick’s Swan and Whooper Swan) arrive in angelic flocks trumpeting their stirring calls as they fly. While the Bewick’s Swans will pass through bound for Honshu, many of the Whooper Swans will linger, gracing the ice-free areas of the larger lakes and marshes through the winter months. The first Steller’s Eagles arrive at the same time, passing over the La Perouse Strait from Sakhalin into northern Hokkaido. They move steadily south and east, until by mid winter they gather in hundreds along the dramatic Shiretoko Peninsula, or around Lake Furen near Nemuro. A boldly patterned eagle in flight, its white shoulders, tail and thighs pristine against a clear blue sky, and its bill surprisingly massive and bright, is one of the most compelling sights to be had during winter in Hokkaido.

At this season Steller’s Eagles greatly outnumber their smaller, but still dramatic cousins, the White-tailed Eagles. Meanwhile, along the shores, around the coasts, and offshore are the many wintering gulls (Glaucous, Glaucous-winged, Slaty-backed, and Black-tailed), wintering sea-duck (Siberian Scoter, Black Scoter, Long-tailed Duck, Harlequin Duck), loons, grebes, and seabirds (alcids such as Ancient Murrelet, Least Auklet, and Crested Auklet), which make winter sea-watching so exciting.

During mid winter resident Ural Owls can be found at their regular winter roosts, while the very more rare Blakiston’s Fish Owls are already gearing up for a very early start to their breeding season by duetting through the night.

Winter in Hokkaido seems harsh, and at times endless, with storms, heavy snow, and weeks, if not months, of freezing weather, but compared with regions further Hokkaido’s winters are relatively milder making it a destination of choice for certain northern birds. Flocks of Eurasian Siskin, Common Redpoll, Bohemian Waxwing, and Japanese Waxwing wander to the island and though very unpredictable may be bumped into at almost any time and in any place.

Winter in Hokkaido ends no earlier than late March or early April, when the winter visitors such as the finches and waxwings, the northern gulls and northern seabirds, and finally the last of the great eagles head back north to Russia.

Winter lingers and merges into spring making it difficult to define the end of one and the beginning of the next, but the geese know the difference. During late March and April the geese move and many tens of thousands pass through Hokkaido on their way between their wintering grounds in central and northern Honshu and their breeding grounds in Russia. On cool spring evenings, when much snow still lies on the hills, the sky fills with geese heading home to roost at Miyajima-numa (near Bibai). The majority roosting there are Greater White-fronted Goose. At dusk they come in clamouring clouds many thousand strong and descend on the lake in waves turning it black with birds. At dawn they set off once more for their feeding grounds, leaving in a frenzied mass of calling birds. This is one of the greatest wildlife spectacles, not only in Hokkaido, but in all of Japan.

Sometimes, among the huge goose flock at Miyajima-numa, and appearing elsewhere in northern and eastern Hokkaido too, are lesser numbers of Taiga Bean Goose, Tundra Bean Goose, Lesser White-fronted Goose, Cackling Goose, and even Snow Goose.

The open plains and marshlands favoured by the migrating geese are also the habitat of a wide range of raptors. While goose watching it is quite common to encounter birds of prey, many of them bound further north such as the feisty little Merlin, but many settle in to breed in Hokkaido too. These include: Eastern Buzzard, Eastern Marsh Harrier, Northern Goshawk, and Peregrine.

This is the season to watch offshore, in harbours and bays, for grebes, loons, sea-duck and seabirds moving in large numbers northwards. Soon they will be followed by migrating flocks of that most marine of shorebirds, the Red-necked Phalarope. Once the winter visitors have departed north bound and other migrants have passed through Hokkaido, it is time for the summer breeders to arrive from the far south.

Read more about My Birding Paradise: Hokkaido in my next article