Count on nature :A memory of elephants in Sri Lanka. | MARK BRAZIL

Losing count of words for groups of animals 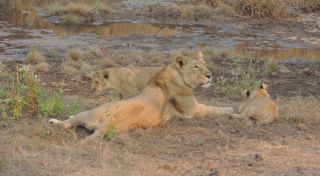 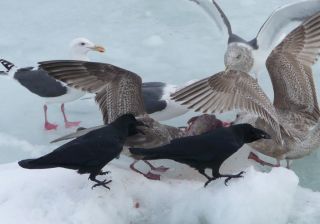 A recent brief visit to eastern England, my annual pilgrimage to speak at the British Birdwatching Fair, has stirred childhood memories of a nursery rhyme, stirred teenage memories of my first natural-history rambles, and was a subtle reminder of how quickly our language is evolving.

This fair, comparable to a Woodstock festival of natural history or a Glastonbury Festival of birdwatchers, is now in its 26th year and attracts naturalists, birders, artists, exhibitors (everything from outdoor gear to optical equipment, tour companies and national tourist agencies) and guest speakers from around the world.

Oddly for me, although the theme of the festival is primarily about birds, while I am there I rarely have time to actually watch any, being too engaged in talking about Japan and Japan’s birds and wildlife in a bid to attract more incoming special-interest tourism here. But one common species in the U.K., the magpie, seemed to be on every roadside verge and in almost every field I passed, and it led to a jingle rattling through my brain — an Ohrwurm (earworm), as the Germans so aptly call it. Ever since, I have been unable to shake the refrain of the children’s rhyme that reflects an ancient superstition about the portent of the number of magpies flocking together:

One for sorrow
Two for joy
Three for a girl
Four for a boy
Five for silver
Six for gold
Seven for a story never to be told
Eight for a wish
Nine for a kiss
Ten is a bird you must not miss.

The ancient original had “Eight for Heaven / Nine for Hell / Ten for the Devil himself,” but what is locked in my memory is the theme tune and song for a British TV show that launched in 1968, coincidentally the year I began my first nature notebook.

New learners of Japanese soon become aware of the complexities of counting objects in that language, which depends so much on a combination of shape, size and cultural heritage that it can be baffling. The fact that the same counter suffix is applied equally to birds, hares and rabbits has always amused me, while the fact that I know a thousand ways to count to 10 has always seemed extraordinarily trivial, and something of a waste of precious brain space for vocabulary.

Yet such complexity is not limited to Japanese. English too has its counting idiosyncrasies, in addition to counting rhymes. I am not referring only to the cardinal numerals (one, two, three, etc) and the ordinal numerals (first, second, third), but to the wonderful plethora of collective nouns for a wide range of uses.

This fashionable courtly form of speech arose out of the hunting traditions of the late Middle Ages in France and England during the 14th and 15th centuries. They were means by which gentlemen could reveal their education, but many have faded from the common tongue, though a surprising number are still familiar, especially among those engaged in work with animals or birds.

Some were no doubt originally intended to be humorous and were applied to people, such as a sentence of judges and a gaggle of women. Some were only rarely used, but others were and still remain widely known and in widespread usage, though they themselves apply only to particular species, such as: a bunch of grapes, a swarm of bees, a hive of wasps, a culture of bacteria, a flock of sheep, a herd of cattle, a pride of lions, a pack of wolves and a pod of whales.

Some terms of venery are perhaps less widely known, but are nevertheless so descriptive as to be immediately understood even when first heard, such as: a gaggle of geese (when on land) and a skein of geese (when in flight); an army of ants, a cloud of gnats, a kettle of hawks, a murmuration of starlings, an exaltation of larks and a plague of insects.

Among my favorites though are some of the less frequently used terms of venery, such as: a sounder of wild boars, a barrel of monkeys, an intrusion of cockroaches, a clutter of spiders, a smack of jellyfish, a scourge of mosquitoes, an ostentation of peacocks, a tower of giraffes, a memory of elephants, a bloat of hippopotamuses and a crash of rhinoceroses. Even if they are unfamiliar, aren’t they completely evocative of the animals they number?

For some reason the crow family came in for particular attention and derision. The superstition about sightings of numbers of magpies aside, crows, jays, magpies, rooks and ravens have all earned special group attention, as in: a congregation of magpies, a scold of jays, a clattering of jackdaws, a murder of crows, a parliament of rooks and an unkindness of ravens. No other group of birds receives such detailed attention for so many of its species, but perhaps that attention reflects their abundance, their familiarity and the roles they have played in the rural and agricultural environments of the English-speaking world.

As someone fond of the richness of the English language (by which I mean Commonwealth and European English) I delight in using as broad a vocabulary as possible, and have encountered several terms new to me while researching for this piece. I will endeavor to slip them into casual conversation whenever the next opportunity arises, and I am eager to be able to use phrases such as: a gulp of cormorants, a float of crocodiles, a skulk of foxes, a sleuth of bears, a consortium of octopuses, a scurry of squirrels and a husk of hares, though I think it is going to be something of a challenge!

We humans are not exempt from collective nouns and refer, for example to clans (or tribes) of people. In fact, collective nouns used for people and their professions are numerous, and though many are arcane, some continue in regular usage, such as: a faculty of academics, a troop of boy scouts, a troupe of dancers, a staff of employees, a gang of laborers, a band of thieves, a choir of singers and a flock of tourists.

Who would have believed that so many collective nouns have remained familiar despite rapid inroads into the language. Perhaps we use them in slightly distorted or shortened forms today (the faculty, a troop, a choir), but nevertheless these collective nouns are still used, and like all of those too-many-to-count words for counting in Japanese they are, in practical terms, redundant; it’s just that they add wonderful color and depth to our expressions in either language.

The nature of language is to change, and evidence for the rapid evolution of language, especially of spelling, is plentiful. In some cases it has taken place randomly over time; in some it has been forced by proponents such as American Noah Webster in his dictionary of 1806 and 1828, in which he introduced partial spelling reform, though not all was adopted.

A recent, random evolutionary change in American English negates everything I have written about collective nouns, replacing every single one of them with what sounds to my ear as “a buncha” — though no doubt it began as a bunch of. Listen up and watch out. Perhaps you will see a buncha people watching a buncha birds as they sing a buncha songs!