There's a catch: Japan has recently been suffering from a chain of tainteded and mislabeled food scandals, but what of toxic whale meat? Why is that still on the menu of consumers? | MARK BRAZIL (c) IMAGES OF JAPAN 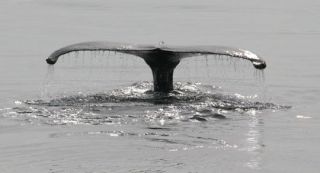 Are Japan's 'research' killings really a failed business in disguise?

Whales once fueled the industrialized world. First there was wood, then coal fired its steam engines alongside seal oil and whale oil that powered and lit the age of “dark satanic mills.”

But times have changed, and whereas hunters once harpooned whales by the tens of thousands, jeopardizing the very future of the species, boats filled with nature tourists now target them with harmless camera lenses.

However, despite a shift in global attitudes toward whale conservation, Japan, Iceland and Norway are sticking to their harpoons in the name of . . . what? It’s not a need for food or fuel, for sure. So is it tradition? Or is it a pure scientific quest as, supposedly, in Japan’s case? Or is it really about novelty-value meat consumption, as certainly applies in Japan?

This waning Land of the Rising Sun, living on the froth of novelty, has a population eager and willing to try most things edible — whale and dolphin included. Yet even here, eating such meat went into decline well before the International Whaling Commission’s commercial whaling moratorium in 1986 — and it shows no sign of recovering. Each annual poll my students conducted on attitudes to whaling indicated clearly that the public likes whales — but not as food.

While I am not a supporter of whaling, I understand its significance in whale-dependent cultures, such as that in Chukotka that I described in this column in July. I also believe that, had conservation lobbying organizations played different cards back in the 1980s, Japan’s whaling days would now be long over.

Instead, the confrontations and demands in the decades since have completely failed to stop Japanese whaling, and have only actually achieved a name-change in the purpose of the killing from “commercial” to “research” whaling. International condemnation, and the international media, have similarly failed to alter Japan’s behavior.

But what has Japan succeeded in upholding? In fact it is a profligate use of taxpayers’ money to support an outdated industry collecting meat that is not required on the home market and is unsalable internationally due to its toxicity. Also, it’s been a study in convincing a deliberately ill-informed public that this is appropriate behavior.

But is there an even darker smoke screen being created?

For instance, wouldn’t more attention be paid to Japan’s dependency on global fish stocks — and its depredations of those stocks — if the heat were not drawn away from this issue and toward whaling? Or am I being cynical?

This situation intrigues me from two perspectives.

First, why would Japan’s government sponsor and subsidize a small industry (albeit one costing taxpayers a small fortune every year) that garners international ire? Tales of it being part of Japan’s ancient culture are hyperbolic fictions, with recent, 20th-century “traditions” of pelagic whaling somehow successfully being grafted, in the public mind, onto a far older culture of small-scale coastal whaling operations. To call hunting minke whales in the Southern Ocean or Antarctic waters “cultural” or “traditional” is to dupe an undeserving public, just as much as it is to incorrectly portray all whales as fish-eaters the way the Tokyo propaganda machine tries to do.

Second, why would Japan’s government not want to gather international acclaim for hosting a plethora of commercial whale-watching opportunities from Hokkaido to Okinawa and Ogasawara? A little support, in terms of international advertising by the new Tourism Agency for example, in tandem with the Yokoso! Japan campaign to attract foreign tourists, could help turn this country from the No. 1 bad-boy of whaling into the world’s foremost whale-watching destination, with perhaps as many as 20 species of cetaceans to be seen in its waters.

That is an option the government has elected not to take, in favor of a resource- and image-destructive anachronism. Clearly, it must have a reason, as the science argument just doesn’t wash.

I used to be against Japan’s whaling operation in the guise of “research” for a whole array of reasons, but now I am changing my mind. We know that if the government wishes to waste our tax yen, it will, regardless of what we think or how we lobby (witness the endless, pointless construction projects that blight the land). So, I believe now that the quickest way of ending Japan’s whaling is, paradoxically, to support it.

At the risk of being quoted out of context, I now say “Why not?” and “Let Japan continue whaling.” After all, more than 20 years of worldwide opposition has failed to stop this slaughter, so isn’t a new tack in order? I would even encourage the international community, the IWC and conservation groups to cease their condemnation of Japan’s whaling and instead encourage it — with the single proviso that Japan’s whaling industry should be verifiably and transparently commercial, and not supported by any government subsidies. In other words, it should live or die by its own unsubsidized market performance, just like the country’s whale-watching industry.

For a moment, let’s switch tack even further, and think about what we eat, because it’s in people’s stomachs that the government would prefer the mountain of unsold, surplus whale meat to be, rather than piled high in the huge, expensive cold-storage facilities where it is now.

Can anyone have missed the fact that the most frequent bad news of the last few years in Japan has been the increase in “leaks” in the country’s food supply? Since the late 1990s, countless food products have been implicated: dairy, meat, rice, vegetables, bakery products, the list goes on and on such that a trip to your brightly lit, squeaky-clean supermarket now raises endless questions as to what lurks invisibly there in daily fare or behind its labeling. The situation is so bad that perhaps we will soon need a new kind of label, one stating that: “This food has not yet been involved in any kind of scandal.”

On the subject of food quality, independent chemical tests [including many on behalf of the JT] have unfailingly shown that the whale meat that Japan is currently suggesting should be distributed in school meals and sold in supermarkets contains levels of toxins — heavy metals, including mercury, and other pollutants such as dioxin, DDT and PCBs — that are well beyond safety limits set by the Japanese government itself. In addition, DNA analysis indicates that the wool is being pulled over our eyes in terms of the labeling of species and the meat volumes on sale relative to the number of catches documented.

Isn’t it odd that the wide range of species in the fish market are individually named — not just blanket-labeled as “fish” — or that farmed meats such as pork, beef, veal or chicken are not simply labeled as “meat?” Yet when it comes to cetaceans, the single market term “kujira” hides a wide range of species, even including many iruka (dolphins and porpoises).

As a result, food shoppers across the nation have become sensitized to the dangers within their food supply, and to the seriousness of misrepresenting products. They also appreciate that for every scandal reaching the media, there are probably many more remaining hidden.

So how long could a genuinely commercial industry such as whaling survive if it were found to be promoting the catching, sale and consumption of tainted, or even toxic meat?

Given the recent collapse of a number of “tainted” companies, I think commercial whaling for the Japanese meat market would be dead before the end of its first year.

How about letting Japanese consumers decide? Alerted by almost weekly food scandals, the public is now ready — so let’s openly promote the sale of whale meat. After all, if the government is backing it, the stuff must be safe, mustn’t it? Let the informed consumer consider and decide; let’s have full disclosure concerning what that meat contains. I know one thing, as a parent myself I cannot imagine anyone wanting their child to be served tainted, mercury-laden meat at school, in a restaurant or from a supermarket.

So let’s all take a stance for safer food, for safer seas — and for a Tourism Agency that recognizes the international value of whale-watching tourism.