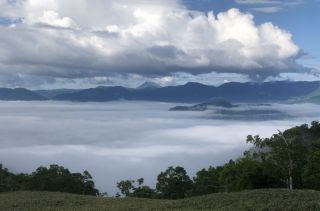 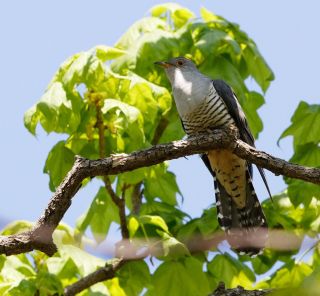 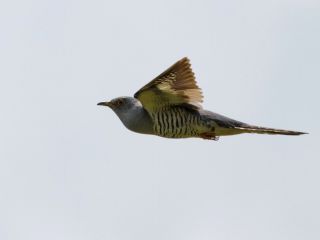 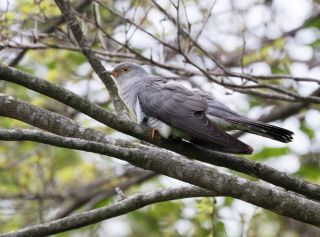 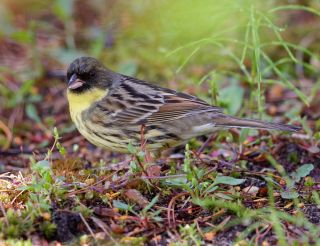 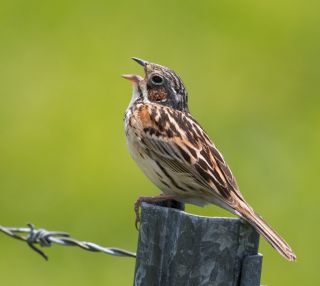 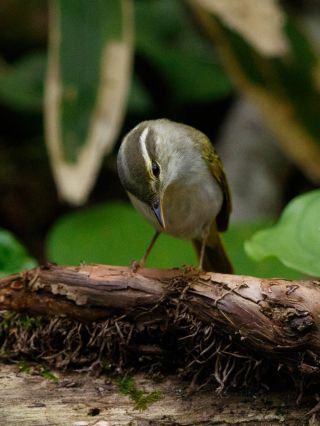 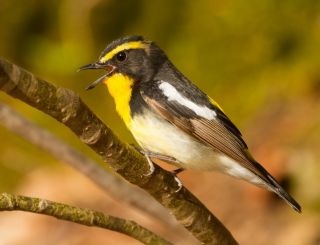 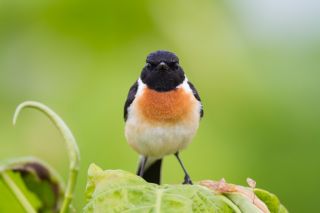 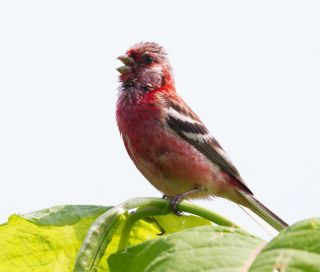 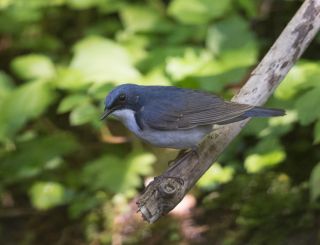 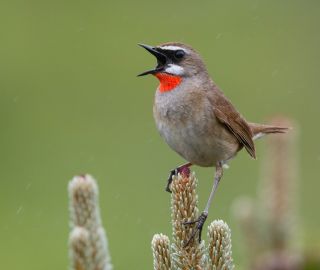 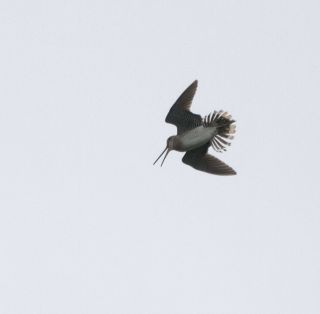 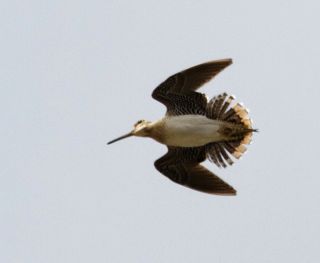 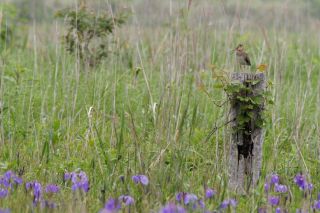 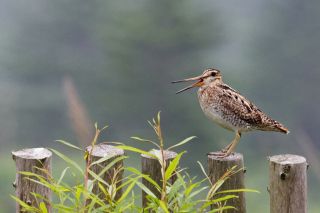 With Photographs by Stuart Price

A peaceful summer’s day dawns in the Akan-Mashu National Park, in east Hokkaido. Grey clouds linger low across the immense Kussharo caldera, shrouding the scene, muting its splendour. Droplets of morning dew linger on every spider’s web and mist enhances the multitude of shades of green encompassed in the vista, from the vibrant paleness of the larches, and the tender freshness of the oaks to the subdued darkness of the spruces in the forest. To the south of the caldera the great expanses of open ground around the forest margins combine fields of freshly turned earth, the fertile volcanic soil dark like luscious bitter chocolate and receptive, ready for planting, and lush tall grass meadows almost ready for their first cut of hay. At the interface between field and forest a Japanese Deer and her fawn browse on the exposed dwarf bamboo, their summer coats bright, almost orange in contrast with the muted scene.

Dawn comes early; first light wakes me by 03:00. Soon afterwards I hear an odd antiphony. The rhythmic, deep boop boopof a male Oriental Cuckoo, booming out its call across the landscape from a high perch atop a hidden forest tree, is interlaced with the equally voluble, but Swiss-clock-like, cuk-kooof a Common Cuckoo. The resonant and powerful calls of the Oriental Cuckoo remind me of the echoing hollow sound made when blowing across the neck of an empty bottle. Another individual, far off in the distance, answers its call. Meanwhile the Common Cuckoo’s insistent notes seem somehow more frenzied, more desperate. The interface of the former’s forest and the latter’s grassland habitat is so close and so inter-mingled here that neither seems to care.

Sometimes one cuckoo uses the high song perch, sometimes the other, almost as if they are taking turns. These masters of cuckoldry are brood parasites; they are on the hunt, not only for mates but also for nests. After all, why build a nest when you can take advantage of the hard work of another species and have them carry the nesting burden. Meanwhile all of the local buntings and warblers must be on high alert, for while they may be distracted by the calling male cuckoo, the secretive female may have spied out their nest, intruded and laid an egg in it, taking only a matter of seconds. Not only will that single cuckoo egg mimic the host’s eggs in colour and pattern, but it will hatch more quickly allowing the nestling cuckoo to eject its nest mates and garner all of the food the host parents bring.

I am aware of the powerfully rhythmic boop boopand cuk-koocalls following me on my dawn walk, they are like the bass drum line of the morning chorus. The commonest songster in that chorus, the Masked Bunting, is awake now and throwing its cautious cascade of notes to the wind. It sits, perching in the open on an exposed branch at the woodland edge, seemingly oblivious to the calling cuckoos and to the damage that they may wreak on its reproductive potential. It is equally unaware that ornithologists have recently changed its name! Once branded the Black-faced Bunting, taxonomists now recognise that it is separate from its continental cousin (Emberiza spodocephala, and which retains that English name), and as its scientific name Emberiza personatais derived from the Latin ‘persona’ meaning mask, it now has a new name – the Masked Bunting.

The Eastern Crowned Warbler, the second commonest songster in the morning choir, is an elusive, slender woodland sprite. Decked out in shades of green and cream it remains inconspicuous and hidden among the fresh leaves of streamside willows and woodland alders. For all that, it announces itself with gusto, in a simple and somewhat monotonously wheezing: shochu ippai gwee; ippai gwee, ippai gwee shochu ippai gwee. In Japanese, it is singing over and over again, like some drunkard in a rut, drink another cup of shochu,as if the bird is already drunk on the frothy abundance of the tiny bugs it consumes.

Periodically other soloists break in to the dawn chorus; here the mellifluous tones of a Narcissus Flycatcher, there the powerful pulsing notes of a Japanese Bush Warbler. A vibrant outpouring of notes, like a sudden cascade of immense sound, emanates from a tiny cock-tailed form atop a moss-covered tree stump; this is the immensely powerful song of the very dark local form of the Eurasian Wren. A Great Spotted Woodpecker, as if wishing to break in and confirm its position in the percussion section, joins with an oddly weak, tinny tapping. When I locate it, I realise that the woodpecker is tapping furiously on the metal cross bar of a power pole. Also tapping, seemingly stone on stone, is Stejneger’s Stonechat, its calls sounding like a flint-knapper at work. As if in answer, I hear a hard percussive chattering, which proves to be the call of the Bull-headed Shrike. This miniature long-tailed and hook-billed predator is working its way along track-side trees, the grey clad male swoops down for prey while it’s brown-clad mate waits nearby. The light air, becoming a breeze, rustles the willow leaves, gently clatters their branches, but fails to drown out the persistent rattling chatter of the shrikes. Beetles beware! Long-tailed Rosefinch, Oriental Greenfinch, Siberian Blue Robin and Siberian Rubythroat all join their voices in the chorus, and far off in the distance I hear the resounding bugling duet of one of the local pairs of Red-crowned Cranes.

Not all of the sounds I hear are immediately traceable or explicable. A subtle rustling beneath dry leaf litter combined with an occasional soft hissing makes me think immediately of a snake. I imagine an aodaisho, a green commander, otherwise known as the Japanese Ratsnake. I search and wait for its flickering tongue, for its beady eye set in an angular head to emerge, followed perhaps by a meter or more of its sinuous strength. The rustling becomes louder and I imagine that it is now closer. Could the snake be seeking me through the dry dwarf bamboo leaf litter? When finally I recognize the spot and see that erratic movement is lifting a swathe of dry bamboo leaves still matted flat from the weight of recently melted winter snow, I somehow know then that it must be something mammalian, perhaps a rodent, perhaps a Siberian Chipmunk. When a nose eventually appears I am transfixed by the stare of a tanuki!  It pauses, peers blearily around, then its gaze locks on to me as it watches me from barely two meters away.

We watched each other in contemplative silence, that Tanukiand I; then, after scanning its surroundings in the briefest of glances it made a sudden dash away for more distant cover. Captivated by its spell and its proximity I remained amazedly transfixed by our shared moment, until other sounds slowly overwhelmed my detachment from time.

I hear that wonderfully rich chorus again, as the sounds of the buntings, warblers, cuckoos, finches, stonechats, rosefinches and rubythroats singing all around me break back in to my consciousness, like a wave breaking onto the shore of my mind, but in the sky up above me the sounds are completely crazy!

I spot an arrowed shape, which streams, comet-like, down the sky leaving behind a trail of odd sounds. Diving earthwards in a stiff winged glide, then swooping skyward with its wings all a flicker, the crazy sky-birds repeat their aerobatic stunts over and over again in a bizarre competitive display flight that somehow resembles avian drag racing. These crazy sky-birds are snipe, Latham’s Snipe to be precise. Here for just a few months, they are visiting the north from their winter homes in southeast Australia and Tasmania. These long-billed, wetland-nesting shorebirds fight their rivals not with blows, but in aerial dogfights over territory.

As the snipe climbs skywards on stiffly beating, sharply pointed wings, it calls, all the while uttering strange pshewpshewpshewsounds as if somehow squeezing its message so hard through its long pencil-like beak that its meaning has become distorted and lost in an accelerating crescendo. Reaching the peak of its climb it turns earthwards once more, diving, diving, ever faster, its bill tips parting like probing chopsticks, and its short, stiff, tail feathers fanning out deftly to emit vibrant sound. In a fast, roller coaster ride descent, the air, pouring at speed across these specially adapted feathers, creates a bizarrely audible deeply reverberating gwowgwowgwow.

Snipe rivals fired up with testosterone compete above their breeding territories, in brazen parallel flights, dives and swoops. Their aerial rivalry is intense during the day’s early dawn hours but relaxes a little during the middle of the day, much as does the avian chorus. As the mild afternoon wears on towards evening, songs and sounds re-assert themselves, and soon the snipe are parading across their battleground in the sky once more. Down to earth, while I watch the displaying snipe, a red fox vixen watches me nervously; she sits, her ears pricked erect, and stares in my direction as her four cubs romp boisterously then dash and scatter as they sense that I might represent ‘danger’.

Later, and closer to dusk, and even while the snipe swoop and dive in crazy rivalry above me, a Eurasian Woodcock drifts past. Snipe-like, but heavier and short-tailed, the broad-winged woodcock, flies so slow-flying that its shallowly beating wings seem barely capable of keeping it aloft. Unlike the pugnacious snipe the woodcock calmly beats the bounds of its own parish, flying its borders in straight lines a few tens of metres above the ground. After fluttering past on its course, I know that it will be back around again some time later, passing me again on the exact same track at the very same near-stall speed. In its languid flight, the woodcock’s bill hangs almost vertically, as if it is exhausted, and from it a sibilant spik spikescapes every now and then. Only when it draws closer, almost overhead, does the woodcock’s strange grunting ng ngcall become audible. The cuckoos have long been silent, as have most other songsters. After the sun dips down towards the horizon and behind a leaden bank of cloud a bush warbler bursts briefly back into song, its notes fade into a long silence denoting the end of evening.

Night falls softly like a gentle sleep; there is not a breath of a breeze now, the soundscape has changed, the chorus is over. This evening time is a strangely snipe-filled silence at the day’s end. Only the odd rasping sounds of the snipe continue.

Mark’s latest book, A Field Guide to the Birds of Japan, has just been published (14 June) in the UK. The digital edition will be released on 13 July, and the book becomes available internationally from booksellers on 14 August.