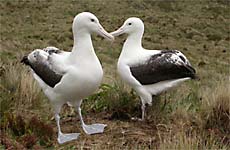 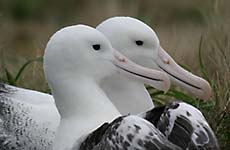 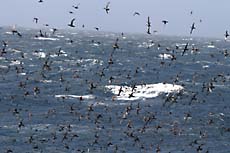 Take a look at a map of the west side of the Pacific and you’ll find a fractured scatter of islands from the Kuriles south of Kamchatka, through Japan, the Philippines, Indonesia, New Guinea and New Caledonia all the way to New Zealand and its sub-Antarctic Islands straddling the Roaring 40s and the Furious 50s. Yet though these remote territories are so far from each other or any major land mass, terrestrial life has — quite astonishingly — reached them all.

Species’ capacity for dispersal is amazing. Ferns and fungi produce fine dustlike spores that cruise the winds in their millions; more complex plants produce downlike seeds that drift and waft; even spiderlings take to the air as parasailors using silken strands to carry them aloft and around the globe.

However, that small birds make journeys to such isolated outposts I find nothing short of remarkable. As I saw for myself on a recent natural history expedition to New Zealand’s sub-Antarctic islands, what’s even more staggering is that a handful of species have not only made it as visitors, but have set up home there, establishing longstanding populations.

On tiny Enderby Island 465 km south of the New Zealand mainland, I was greeted by a confiding tomtit, dapper in its black-and-white tuxedo, smaller than a great tit, but at home foraging on the flies around the seaweed. It was hard to watch the tit, though, when the beach was littered with Hooker’s sea lions — and running the gauntlet of the beach were cautious yellow-eyed penguins heading out to sea to feed.

Some 250 km further south on Campbell Island, small birds were mostly absent. I was moved by the entrancing display flights of the light-mantled sooty albatrosses. These powder-gray birds take grace and togetherness to a higher plane than most human couples can ever dream of. In long, effortless glides they bank and turn, sweep and spiral, wingtip to wingtip. They move with such astonishing co-ordination that though two, they seem like one.

It is the albatrosses that take your breath away in this small fragment of land. Not only were there light-mantled sooty albatrosses, but there were also southern royal albatrosses, engrossed in regal, bill-clattering pairing rituals.

I find nothing more inspiring than those rare golden moments of sitting nearby as animals or birds go about their daily lives unconcerned. In fact, I felt as though I’d been granted an audience with royalty as I sat in the wet tussock and ferns and watched a courting pair assessing a nest site. They paced back and forth, taking turns to stand center stage, billing, gentling each other and changing places. I could imagine them saying things to each other like: “What do you think of the view from here, dear?” “Well the garden needs tidying up a little, but we’ll make it a fine home.”

That seabirds and seals reach such isolated land masses should come as no surprise; after all the sea for them is no barrier, though they must return to land each time the urge to breed overtakes them.

The albatrosses of the sub-Antarctic hobnob on land with various local penguins, but once airborne they have the whole of the Southern Ocean to call their own, and some even encircle the great frozen desert of Antarctica. It’s inevitable, then, that each suitable spot in these great oceans has long since been found and occupied.

But these sub-Antarctic islands with their penguins, sea lions and albatrosses seem so far away from the snowy mountainscape of Hokkaido where I work, and you’d be forgiven for assuming that nothing could possibly connect the two — save an airline or ship … or my imagination.

Nevertheless, I am not the only one to feel at home in both regions. A little to the north of New Zealand’s southerly Auckland and Campbell islands, lies a ridgeback of rocks known as the Snares Islands. Barely 243 hectares in area, these are the breeding grounds of more seabirds than the whole of the British Isles.

The Snares crested penguin is endemic here, and other seabirds in their millions call the same islands home. Among these are an estimated 2.7 million pairs of sooty shearwaters! During the southern summer they return here to breed, swarming to the islands like fluttering insects, arriving at night and sniffing out their nesting burrows where they rear their solitary chicks. During the day they are out at sea, feeding — or as I encountered them, rafting in uncountable numbers on the surface.

Horribly rough seas prevented us taking to our small inflatable craft to inspect the islands at close range, but some adroit work by our captain allowed us to sweep past the islands three times, and each time the dilemma was over which way to look. The islands are covered with what appears to be low forest, but this is Olearia forest — it consists of giant tree daisies. Here and there, broad swathes of “forest” were brown and dying under the pressure of nesting penguins; and at the shoreline we could see hordes of them scrambling lemming-like for claw-holds on rocks slick with seaweed. The penguins trundled uphill, jumping from rock to “tree” to rock, making their way inland to their nests.

The distractions ashore were numerous, but at sea the spectacle was more astonishing. Clouds of shearwaters were lifting off the water, then swirling around us before settling again, only to lift once more and be buffeted and tossed by the storm. But sooty shearwaters scissor through the wind as adroitly as champion skiers whisking through powder snow, making the worst conditions seem benign. Only in one other place have I seen shearwaters in such dense carpets — and that was off the Okhotsk Sea coast of Hokkaido, when I have seen them stretching in lines kilometers long on the sea!

The same shearwater, called Haiiro-mizunagidori in Japan, occurs in both areas. But not only is this the same species — these are the same birds. After spending the southern summer in the Southern Ocean, breeding at sites such as the Snares Islands or the Titi Islands of New Zealand, they begin a massive loop migration. They sweep northward up the west side of the Pacific, where the warmer waters are a poor source of food and they must cross thousands of kilometers of ocean without feeding.

You may wonder why they would do so, and the answer lies in the concatenation of conditions in the northern seas in the northern summer. The Sea of Okhotsk, the Bering Sea and the northern Pacific have rich upwellings and currents that make them ideal feeding grounds. It is here that the sooty shearwaters pass several months foraging before completing their extended loop migration by swarming south down the eastern Pacific, eventually swinging back southwest to reach their breeding islands once more. Though just 40-51 cm from bill tip to tail tip, a mere meter across the wings, and weighing only around 700-800 grams, these birds make a staggering migration around the Pacific that links New Zealand’s sub-Antarctic Islands with Japan’s northern island. I feel privileged to have met with them at both extremes of their migration.

For more information about voyages such as the one described here, visit www.zeco.com