Beware: Devil birds at work in the woods 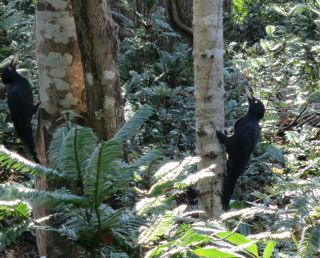 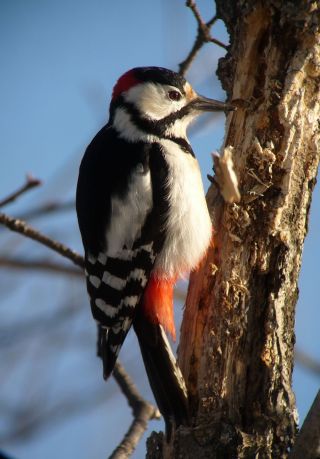 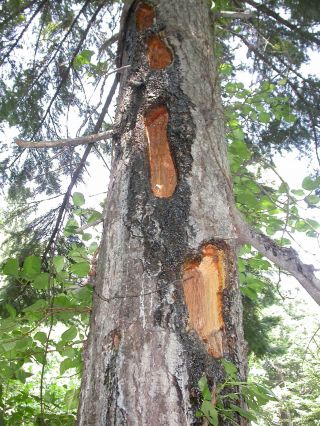 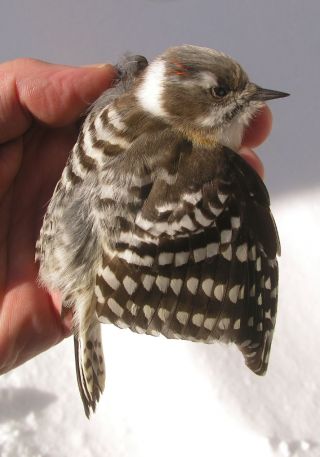 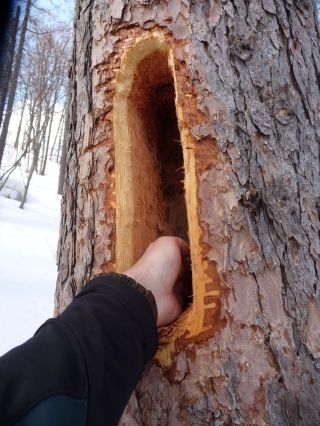 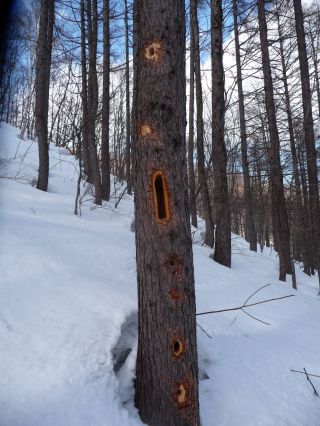 The final months of the year seem something of an afterthought following the delightful palette of autumn colors; they offer only fickle moods and fickle weather.

On November or December days of crisp, cold sunshine, when distant views beckon and late-flying dragonflies and late-flowering asters seem to relish and reflect the blue sky, a wander in the woods can be invigorating, even uplifting.

On other days, when the air seems laden with the molding scents of fungal spores, such rambles can be damp and depressing, forcing introspection; leaves no longer kick up in rustling waves, but instead lie in sodden, pallid carpets underfoot. Yet even then, surprises can await.

On bright days, swarms of tiny flies waft on the breeze, drifting in one direction then another like tiny gossamer versions of yuki-mushi (woolly aphids), and — perhaps like them and like winter moths — they presage a more profound change in the weather.

Meanwhile, the dry rustling sounds of leaves twisting and turning as they fall through tangled branches startle in their suddenness and in their resemblance to a squirrel’s erratic scratching motion. A hard rattle is as likely a cascade of acorns or chestnuts falling and bouncing through dry branches as it is the rapid “tap, tap, tap” of a foraging woodpecker.

Wan sunlight shafts down through the almost bare canopy and past dead-looking, naked branches, yet close to the ground there are shadows and shades sufficient to hide living creatures in their depths. A quick eye, or an acute ear may be drawn to the slightest stirring, but tracing its source in such penumbras is a different matter that can take some skill — or perhaps only luck.

Enormous and black as the midnight sky, a woodpecker sits staring out through a baleful and ghostly white eye. Using the verb “to sit” seems the only way to describe these birds’ strange pose, braced with limbs akimbo, strong toes widespread, long grapnel-like claws gripping rough bark as the bird’s weight rests down the tree’s trunk onto its long, stiffened tail.

Motionless, it hugs the lower trunk as if appreciating the strength of the bole there and as if relishing the security and shade the trunk above gives. In an instant its posture mysteriously changes; from passive shade it morphs, becoming elongate as it gestures suddenly upward with its long neck and long, blade-like white bill — suddenly now a devil bird to my eye, in spectral pose with its eldritch wings outstretched like those of a fallen angel greeting its diabolical master.

Then, while flicking those wings closed and open once more, suddenly it presents its stark, ivory-white bill skyward. Now it is as menacing as if it were presenting a drawn sword, and appears all the more threatening accompanied by that livid, white-eyed stare.

An instant later a second seemingly identical bird peers out from behind the same trunk, explaining in its own nervous pose why the first bird was so tense. It, too, has its beak ready drawn — and it too unfurls its wings, making itself appear larger than life-size and more menacing.

Together, these two black-clad creatures circle each other and the trunk, threatening, but maintaining a distance between them; ready, yet hesitant. They seem like a pair of medieval knights about to battle to the death. Yet, with nothing more than a rapid dance-like series of moves, it is as if they establish their ranks, their affiliations, their strengths and weaknesses — and suddenly, without coming to blows at all, the eerie contest is concluded and the devil dancers part, each to its own trunk. Equally as quickly, each returns to using its beak for its main purpose of food gathering.

Living trees quake beneath that powerful beak. I can think of it only as the very hammer of death. Sturdy blows driven from the specially strengthened head force the chisel-like instrument deep into the living wood, wounding the tree to the quick and exposing it to the elements. It is the devil bird’s unsolicited lethal invitation to rain, sleet, snow, freeze and thaw, rot and fungal growth — and to wood-crunching beetle larvae to “enter here.”

Unmerciful wood mason, the woodpecker pierces deep into the heartwood. Does it know that it is creating future dead timber, future access to its own prey? It is as if the devil bird beckons to the elements: “Come one, come all, and bring down this mighty living tower of cellulose; make food for me!”

That murderous beak wreaks even greater havoc on already-dead trees. Like a ham-fisted carpenter armed with mallet and chisel, the woodpecker splinters off wedges and chunks of dry wood. Wood dust and debris are cast out in all directions as it excavates, raining rapid blows of its beak against the wood.

Then it pauses, cocks its head and listens, waiting for the subtle scratching movements of deeply hidden beetle larvae alarmed by the vibrations of the blows. It works at the bole until a deep hole is excavated, then — extruding its long, hard-tipped tongue into a narrow crevice, it traps its prey and swiftly withdraws it.

The woodpecker will then lean ever further into the cavity, driving its beak home with tree-shaking blows and sending out a rain of debris that carpets the ground as it searches for yet more prey. When it finally moves on, I find I can sink my extended hand deep into the resulting hole. All this has been excavated in minutes — and it is not even nesting season with chicks to feed.

This great Black Woodpecker, to accord it its proper name, may be the largest of its kind in the Japanese archipelago, but it is by no means alone. Its smaller brethren can be found from the Yaeyama Islands, between Taiwan and Okinawa, all the way north to Japan’s northernmost cape (Soya Misaki).

From the tiny Japanese Pygmy Woodpecker to the enormous Black Woodpecker, all share a propensity to drum loudly on dead wood, to dig cavities in search of prey and to excavate deep nesting holes — but between them they instinctively divide up the forest with some specializing on foraging along fine twigs, while others take to the branches and yet others to the trunks.

The Black Woodpecker of northern Japan is unusual in its predilection for foraging almost at ground level, low on large trunks and on fallen trees. Its loud “kree-ah, kree-ah, kree-ah” call given in flight carries far across the forest, giving away its presence, whereas other species tend to have abrupt sharp notes audible only from much closer.

I recall once hearing a reverberating cannonade of blows in a forest in the Akan National Park of eastern Hokkaido. In the frigid winter air that morning, the blows carried far. Skiing closer, I located the bird high in a dead conifer. It was drumming hard on the rotten tree as I slid silently closer on my skis to a point where I could rest my ear against the trunk.

From above, wood chips cascaded onto the snow, while channeled down through the wood itself came the sound of that fusillade of blows. They sounded like the deep throbbing heartbeat of a dying tree.