A world rich in avian resources 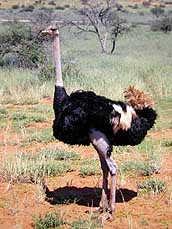 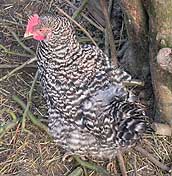 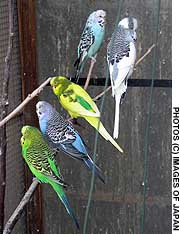 From time immemorial, wild birds have been important food sources for rural populations.

On the remote islands of the Bering Sea, for example, the massive colonies of auklets, puffins and murres are harvested in summer and stored to provide important supplies of nourishment through the long winter. Auk colonies in the North Atlantic sustained early westward expansion and exploration from Europe, not to mention dozens of coastal communities. Island people the world over have long used seabird eggs and chicks as food.

Wild birds also provided the basic resource for the development of domesticated species upon which urban populations have become increasingly dependent for food.

In addition, the African ostrich is farmed there for its meat, leather, feathers and eggs — and increasingly further afield, too, including in Japan. Pigeons were also domesticated in Europe at least 500 years ago as a year-round source of meat.

Taken together, these birds feed hundreds of millions of people. Indeed, according to Diamond and Filion in their book, “The Value of Birds,” poultry meat and eggs provide at least 15 percent of the total animal protein consumed by mankind.

The use of birds isn’t confined to eating them. People have also used them to hunt for food for at least 4,000 years, with highly trained eagles and falcons being the preferred species for taking animals ranging in size from herons and hares to partridges and doves. In Asia, especially, the practice of using tethered cormorants to catch fish — which they can’t swallow because of collars put around their necks — also stretches back into the mists of time.

Meanwhile, a wide range of domestic forms of wild birds have been bred to supply the pet trade. These include the budgerigar, derived from the wild budgerigar of Australia, and the canary, derived from a European finch. Birds in this context serve as companion animals, seemingly popular because of their coloration, vocalizations — or just their presence.

All in all, such uses of birds (both consumptive and nonconsumptive) reflect a fascination that seems to be fundamental to the human psyche.

Thousands of years ago, meanwhile, the Greeks used the entrails of birds to divine the future. Today, toxicologists also examine birds’ entrails, but they do so to investigate the impact of chemical pollution and the persistence of chemical pesticides in the environment.

On the largest scale, small forest birds, such as warblers and flycatchers, have been important bioindicators of habitat change. Forest bird populations in North America, Europe and East Asia have been falling faster than their habitats are being lost in those regions — indicating that there are problems besides the loss of breeding territory.

These problems have included loss of natural habitats in the birds’ wintering and migratory ranges in central and southern America, droughts, desertification and habitat loss in Africa, and tropical forest habitat loss in Southeast Asia.

Birds are also invaluable indicators of environmental health. Oiled seabirds found on shore are often, for example, the first signs of an oil spill at sea. Recently, the discovery of large volumes of plastic particles in the digestive tracts of dead seabirds from Alaska to Antarctica has highlighted the global extent of plastic pollution in the oceans, which in some areas is so dense as to affect light penetration and hence plankton growth — thereby disrupting the marine food web.

Since agricultural lands are important habitats for birds in most countries, and because freshwater and marine bird species commonly feed in the same food webs as humans, farmland, wetland and sea birds make excellent bioindicators of environmental factors that affect the welfare of wildlife and of humankind.

Returning to the monetary value of birds, consider the significance of birds as a focus of recreation. Whereas in the past there may have been considerable dependence on wild birds for subsistence, today most hunting falls into the category of “sport” — but let’s not be euphemistic, this is killing for recreation. Thus in North America, waterfowl have considerable economic significance because of the money hunters pay for a license to hunt them in the limited seasons. The funds raised from hunters assist in the conservation of habitats that support waterfowl (and countless other species) year round.

Recreational bird-watching has become an economically significant activity in many developed countries, and is widely cited as an important element of ecotourism. The average committed American birder is well-educated, earns an above-average income, belongs to at least three conservation or birding organizations, and spends $1,884 annually on directly related travel, equipment and books. And as Frank Gill points out in his 1995 textbook, “Ornithology,” that total doesn’t include birdseed and other garden-bird attractants, which form another huge industry. Overall, the total spent by birders throughout North America in 1990 was more than $20 billion.

Texas (see Wild Watch, May 29), situated on the Gulf of Mexico and bordering Mexico, has an abundance of avifauna as well as many migratory species passing through, making it a very attractive state for bird-watching.

For many years, bird watchers visited the Lone Star State almost unnoticed by its business community until, in the 1990s, economists calculated that birders were contributing $100 million annually to the state. Suddenly the business community woke up, and as a result, Texas has promoted its pioneering coastal birding trail, highlighting and popularizing dozens of wildlife reserves and birding sites. At the same time, many of its counties have developed festivals related to the arrival of migratory birds, such as hummingbirds, and such attractions all help to bring in additional revenue.

Birds are often overlooked as a resource — not just as a source of food or feathers, but as having enormous socioeconomic value ranging from pest control to recreation. As the economic woes of Japan continue, perhaps communities will begin to take notice of some incredible resources on their doorsteps — and realize their value in terms of national and international tourism.