A rip and a burp and the land is ours 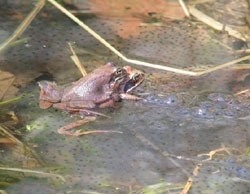 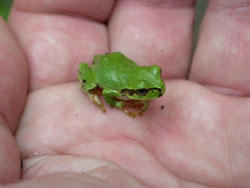 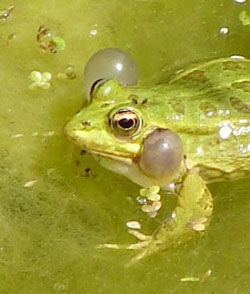 It’s that time of year when Japan’s media are meticulously monitoring the iconic cherry-blossom front as it passes up through the archipelago in a wave of warming temperatures and bursting buds.

But have you ever imagined what it might be like to see Japan via one long tracking shot, sped up of course, to show the blur of white and pink and cream as the tree blossoms race northward. How marvelous if we could just see the flowering wave through an eye in the sky as it washes across the lowlands and low hills of Kyushu before rippling and cresting along the flanks of the Japan Alps in Honshu, then rushing along river valleys and creeping up and over hilltops as it races north until the deciduous forests run out in eastern Hokkaido.

Following closely behind that wave comes a second wave, this time of green. Pale and inconsequential at first, it darkens and deepens rapidly as the deciduous trees’ leaves unfurl from their buds.

I love tracking shots. Some of those voiced-over by David Attenborough as brambles snaked out across a forest floor, or as bluebells carpeted a wood, have particularly impressed me. So, too, did that extraordinary tracking shot in the 1999 film “Notting Hill,” starring Julia Roberts and Hugh Grant, in which William (Grant) walks the length of a street market as the seasons turn about him — from spring, with its flowers, to summer and autumn, with leaves blowing around, and then winter, with its snow. All that, seemingly without a break, and all to the unforgettable sound of Bill Withers singing “Ain’t No Sunshine When She’s Gone.”

Since listening to and reviewing Andrew Roth’s latest CD, “Natural Sounds of Japan,” I have been imagining another kind of tracking shot. Actually I have a sound wave in mind, rather than a visual image.

Imagine, if you can, wiping the slate clean of unnatural noise — no vehicles, no construction, no aircraft, no mobile phones — and leaving only natural sounds. Then imagine following the sounds of those thin-skinned denizens of Japan — the frogs — as their extraordinary chorus of calls (several of which feature on Roth’s CD) sweeps up the country. In a wave of clicks and grunts, croaks and rips, high-pitched purring trills and deep-throated burps, the pools, swamps, damp fields, stream margins and reed beds come to life in spring.

In my mind, the sounds of all of those frogs blend together, their cacophonic chorus somehow morphing into an avant-garde orchestral movement. Do migrating storks and herons perhaps follow the sounds of the wetlands as they release the pent-up sounds of a cold winter through the neck-inflated croaks of the spring frog choir?

I saw my first amphibians of the year when I came across a pair of West Japanese Toads (Bufo japonicus) on Jan. 21 at Mi-ike in Miyazaki, Kyushu. Then I heard my first frogs of the year on Feb. 14 chorusing from a swampy area beside the river at Takae in southwest Kyushu. Given the time of year, and their abrupt-sounding “kyot-kyot-kyot” calls, they were most likely Japanese Brown Frogs (Rana japonica). Even considering the mildness of the year so far, it will still be some weeks before I can expect to hear the rippling “nyaaa-nyaaa” croaks of the Hokkaido Brown Frog from the spring snowmelt pools in my local woods. By then, the “geruru-geruru” chorus of the Tonosama-gaeru, or Black-spotted Frog, will probably have become a faded memory in Honshu.

Japan is extraordinarily well supplied with frogs and toads; some drab, some gaudily colored. Whereas the British Isles have fewer than 10 species of amphibian (even counting introduced species), the Japanese islands boast an astonishing total of more than 60 species of frogs, toads, newts and salamanders. The great length of the archipelago, and its range of climates from subtropical to sub-boreal, are major contributing factors to this diversity, as is the fact that within Japan there are so many isolated regional ecosystems.

For instance, many species are restricted to the Nansei Shoto, the southwest islands strung out between Kyushu and Taiwan, while some are found only in the south of the country and others only in the north. However, one of the most extraordinary to my mind is the Stream Toad (Bufo torrenticola), known as nagarehikigaeru in Japanese. This species has a narrow range across central Honshu, from Ishikawa Prefecture in the north to Mie and Wakayama prefectures in the south. There, it occurs only in and around cold, fast-flowing mountain streams — illustrating how the specificity of habitat requirements and the narrowness of some species’ ranges can be really quite astonishing.

In the weeks ahead, go out on warm evenings to wherever a rural track traverses wet rice fields or borders a shallow swampy-margined stream or a wetland, and there you’ll likely be able to listen to the astonishing chorus of countless frogs and toads. It’s a chorus that can be deafening at times, as it emanates from so many throats from so many directions that it forms a wavering, all-round pulsing wall of sound.

Turn in any direction throughout Japan, and the chorus is derived from different species. The largest of them all is the introduced American Bullfrog, whose bellowing call is an alien intrusion to the natural amphibian chorus, and whose tadpoles dwarf some of the native amphibian adults.

The spring chorus continues long after the first spawnings have taken place. Pools and puddles, marshes and swamps will be filling with the gelatinous masses of eggs currently being produced in their millions. Frogs are astonishing in their adaptability, some laying in wet rice fields, others in ponds, some even in water in hollow trees or among epiphytes high above.

Here in Hokkaido where I live, the Hokkaido Brown frogs wake early from their winter torpor and emerge into melt-water pools on the forest floor. In water so cold as to numb my hand, pairs swim regardless, and egg-laying is completed before April is out. From Kyushu to Hokkaido, though, rising air temperatures soon warm shallow pools, and the jelly-encased egg masses develop quickly so the tiny tadpoles soon emerge.

But it’s a race against time for them. The water-dependent tadpoles must turn into froglets and hop away before their natal pool dries out.