'Hideous alien' had an exotic past 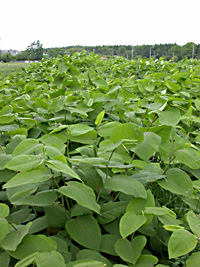 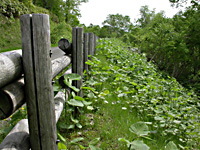 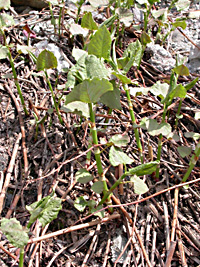 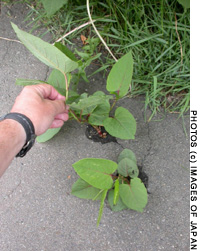 Sometimes accidentally, sometimes to order, we humans transport a bewildering array of species about the world. Many of them wither under the regimens of their new environments; alas, some thrive to the detriment of the locals.

A beloved native in one part of the world can soon become a hated alien elsewhere, causing knotty problems for countryside or conservation managers.

Should alien species be eradicated? Can they be tolerated? Is bio-security a serious issue?

Some countries certainly think so. New Zealand, for example, is now particularly conscious and proactive in terms of checking and stopping imports of aliens; they have suffered far too much from the consequences of past arrivals to ignore new ones.

At the opposite extreme, Japan is particularly lax, seeming not to care about the importation of myriads of exotic creatures and plants, and the movement of even dangerous fish and reptiles around the country unchecked.

When human health is perceived to be at immediate risk, then there seems little doubt about whether to eradicate the alien blighter that carries the disease or poses the threat. But what of environmental health? Degradation of our natural environments ultimately affects us, threatening our agriculture with newly arrived insect pests that may devastate our fruit or vegetable crops; ruining our leisure activities with the painful stings of introduced wasps or the bites of alien ants; clogging our waterways and water supplies with alien growths; or crowding out our native species.

Each spring in Hokkaido, I marvel at the emergence of fresh growth from beneath the crushing weight of the winter’s snow. One plant above all others astounds me — the Giant Knotweed. This herbaceous perennial forces its pointed stems up through the hardest soil, even through layers of asphalt.

This is clearly a plant that is going places. Stand and watch; it grows taller by at least 2 cm a day. Within weeks of the snow disappearing it can be a meter or more high, and by the end of its growth period its long, hollow stems laden with leaves can tower 3 meters.

The hollow, jointed stems of Giant Knotweed give it a vaguely bamboolike appearance for those unfamiliar with the real thing, though its alternately arranged petiolate leaves are enormous, up to 30 cm long and 20 cm across, and are strongly cordate in shape (pointed and heart-shaped).

When the wind catches these tall, stately stems they sway and rustle in an endlessly changing pattern of light and shade. Then, during August and September, they produce creamy clusters, upright inflorescences of tiny flowers, in the angle between the leaf and the stem.

It thrives in disturbed areas, it loves sunlight, it is a survivor; surely it is symbolic of the dynamism of our modern, urban societies.

While I marvel at its reappearance from tangled heaps of last year’s hollow stems, and am entranced by its rapid growth, around the world local governments, agriculturalists, gardeners, conservationists, railway managers, land developers and others are spending small fortunes to fight off its spread.

What on earth has happened? The giant or Sakhalin knotweed, Polygonum sachalinense, and its close relative the Japanese knotweed (P. cuspidatum) have both been introduced to Europe and North America — but what a huge mistake those introductions were.

Where they have been introduced the two species have also hybridized, making certain identification difficult. Even more confusing is that they appear under various common and scientific names, including: Reynoutria sachalinensis,Fallopia cuspidatum, Japanese bamboo, and even Mexican bamboo!

During the era of oriental plant-collecting, in the 1800s, the exotic Asian native knotweed was introduced to England in about 1825 as an ornamental garden plant. Not content with its lot in gardens, it took to the countryside, and has spread so that today it occurs commonly along railway lines, riverbanks, roadsides and footpaths. It was subsequently introduced to the United States, both as an ornamental and for erosion control. It is now widely naturalized across Britain and Europe, and occurs across Canada and the U.S., from Newfoundland to California, and has even made it to New Zealand.

For all its size and strength, this world traveler has a weakness, since it dies back with the first frosts. However, many areas to which it has spread are frost-free.

It colonizes derelict land sites and quickly takes over anywhere that it has been dropped, dumped, washed or deposited. In Britain and perhaps elsewhere, it does not set viable seed, instead its spread has been vegetative, enabling it to intrude quickly into disturbed areas.

In its native range it is one of the first pioneer plants to colonize after volcanic activity. Beneath each stand of knotweed there is an extensive underground rhizome network extending several meters in all directions. Not only can new stems arise from the extending rhizome, but almost any portion of that rhizome, if broken and transported, can produce a new plant — even from fragments of root weighing as little as 0.8 grams.

That means if you attempt to dig it up, or — heaven forbid — use a strimmer to flail it back, even tiny fragments flung on the wind can be the source of new colonies, while bits falling into a stream can quickly lead to its dispersal along entire waterways too. Because of its method of spreading, it is even considered an invasive freshwater weed.

Nonnative knotweed towers over native plants, producing a dense canopy of leaves early in the growing season and shading out the locals. It spreads unchecked by natural competitors, and unfortunately provides only poor habitat for wildlife. So serious is the problem that in Britain, under the Wildlife and Countryside Act 1981, it is illegal either to plant or otherwise encourage the knotweed, and there are also strict regulations governing the disposal of affected soil, which is regarded as controlled waste.

It seems that this plant, classified as a detrimental, or invasive weed by authorities in most of its introduced range (it’s on the State Noxious Weed Lists of 42 U.S. states), is not content with competing on size alone. It also produces allelo-chemicals from its roots, which allow it to engage in underground chemical warfare with other plants.

It is perhaps not surprising, then, that it has been classified as Britain’s most invasive nonnative plant — and all because some unwitting Victorian naturalist wanted to take some back for their garden.

The moral of the tale is that it’s fine to be entranced by an attractive plant — but leave it where it is, lest in moving it, it becomes a hideous and costly alien.